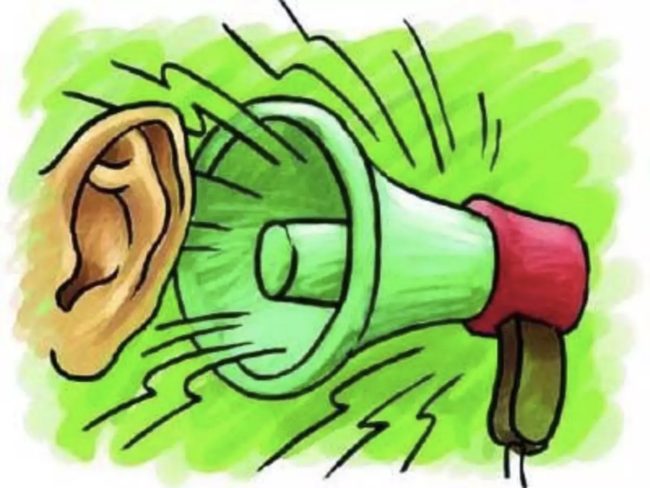 Goemkarponn desk
PANAJI: Ahead of the festive season, the Bombay High court has issued pointed directives for efficient implementation of the Noise Pollution (Regulation and Control) Rules 2000 and guidelines issued by the Supreme Court in this regard.
The HC said that a dedicated telephone line bearing number 112 (24 x 7) shall be maintained to receive noise pollution complaints.
A record of such complaints shall be maintained by the control room operating the said helpline.
“Upon receipt of such complaints, the control room shall forward the complaint to the police station having jurisdiction over the area where there is alleged noise pollution. The police shall immediately carry out inspection if the allegation is found to be correct, appropriate steps are required to be taken to stop such noise pollution, register FIR and investigate and proceed against the violators in accordance with law,” it said.
HC said that the police shall also act in terms of clause 4 as stated aforesaid, in case any violations are reported by the Local Intelligence Bureau, Beat Staff, Sub Division Night duty officers, Robot and Robin, Noise monitoring committees or any NGOs, or any other persons.
“All cases of violations shall be reported to the District Magistrate who shall take action in terms of Rule 8 of the Noise Pollution (Regulation and Control) Rules 2000 and the provisions of Environment Protection Act and Rules made thereunder. The District Magistrate thereafter shall take action against the violators by following the Noise Pollution (Regulation and Control) Rules 2000 and the provisions of Environment Protection Act and Rules made thereunder,” it said.
In addition to the above, the following action/steps shall be taken by the various authorities/committees:
a. Continuous night patrolling by Local Intelligence Bureau, Beat Staff, Sub Division Night Duty Officers is to be maintained to ensure no violation of noise pollution laws, particularly in the coastal areas.
b. In addition to foot patrols, patrolling by mobile vans and motorcycles (Robot and Robin) to be maintained during the nighttime to curb the menace of noise pollution.
c. Surprise raids and checks are conducted on a regular basis, and violators, if any found, are to be immediately prosecuted under the relevant penal provisions of the Environment Protection Act.
d. The above steps are in addition to the creation of flying squads for monitoring cases of noise pollution, each flying squad being constituted at Sub-Divisional levels with officers from different departments being part of the same to create an effective team to curb the menace of noise pollution.
e. The noise monitoring committees constituted pursuant to the directions issued by this Hon’ble Court dated 21.03.2007, in Suo Moto Writ Petition No.4/2006, should carry out surprise inspections at various shacks, restaurants, hotels in the coastal villages, which are known to be organizing late-night parties with music amplified sounds and if the sound levels are found to be beyond the permissible decibels or the sound system is being used beyond 10 pm in the night, they should file a complaint and register an FIR with the local police station immediately.
f. The Report of the inspections carried out by the Noise Monitoring Committee members and the action taken shall be noted in the register, which shall be signed by the members and the Police Officer, and such reports shall be submitted periodically to the Superintendent of Police.
g. The review committee formed by order dated 21st March 2007 shall review the action taken regarding various violations reported every month.
h. The State should commence a public awareness campaign along with the media to create awareness with regard to noise pollution, particularly with regards to the use of loudspeakers, amplifiers, and firecrackers.

10K vacancies will be filled up in govt sector within six months: CM Sawant

Goemkarponn Desk PANAJI: Chief Minister Dr Pramod Sawant today said that approximately 10,000 vacancies in the state govt sector will be filled up within next ... Read More

Sanguem farmers brace for Delhi kind of agitation in Goa

Goemkarponn desk Sanguem: Close on the heels of thousands of Punjab farmers protesting on Delhi borders for over a month now, a similar protest has ... Read More

SURAJ NANDREKAR PANAJI: They betrayed us on Mhadei water diversion, they betrayed the State on mining and the Central Narendra Modi Sarkar has again proved ... Read More

NEWER POSTComplaint against school teacher for provoking people in Sada
OLDER POSTNo restrictions during festive season but  positivity rate cause of concern: CM