High voter turnout in Goa a message of anti-incumbency: Congress 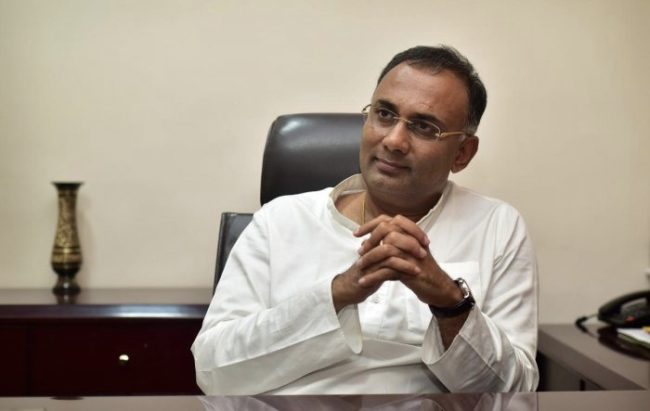 PANAJI: With Goa registering a very high voter turnout, the Congress party in the state exuded confidence in forming the government with a full majority.
Speaking to ANI, All India Congress Committee (AICC) in-charge of Goa, Dinesh Gundu Rao said, “People have come up in large numbers to give a decisive vote and their expression will be seen in the results.”
Predicting that there in an “anti-incumbency” wave in the BJP-ruled state, the Congress leader said, “People want BJP out.”
“There is a huge anti-incumbency wave and that’s the reason this high number of voting is taking place. I think it’s going to be a very good result for Congress and we will get an absolute majority. This is what our people at the ground are also telling us,” he added.
Goa reported a voter turnout of 78.94 per cent in polling for the 40 Assembly seats. The highest voting was registered in the Sankhalim constituency in North Goa at 89.61 per cent, while the lowest voter turnout was 70.20 per cent at Benaulim in South Goa.
Traditionally a state with bipolar politics, Goa is witnessing a multi-cornered contest this time, with the Aam Aadmi Party (AAP), the Trinamool Congress (TMC) and other smaller parties vying to make a mark on the state’s electoral scene.
The Congress and the Goa Forward Party (GFP) are fighting the election in alliance, while the Mamata Banerjee-led TMC has tied-up with the Maharashtrawadi Gomantak Party (MGP) to contest the polls. The Shiv Sena and the NCP had also announced their pre-poll alliance, while the Arvind Kejriwal-led AAP is contesting without a tie-up with any other political party.
The Revolutionary Goans, Goencho Swabhimaan Party, Jai Mahabharat Party and Sambhaji Brigade are also in the poll fray, besides 68 independent candidates.
The state had recorded 82.56 per cent turnout during the 2017 elections. The Congress had at that time won 17 seats, while the BJP bagged 13. The BJP had then quickly stitched up an alliance with some regional outfits and independents to form government in the state.
The BJP, which has not entered into any pre-poll alliance this time, is trying to retain power in the coastal state. The Congress has fielded 37 candidates, while its ally GFP has fielded three.