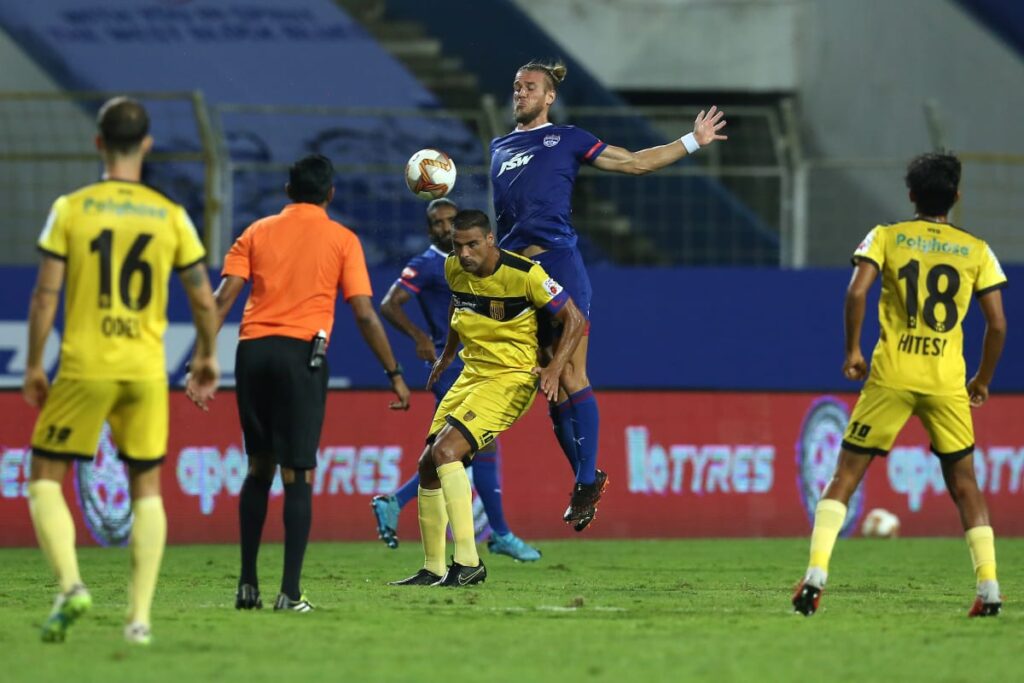 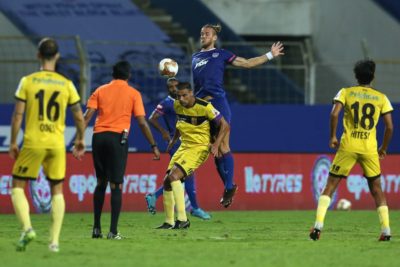 Goa, Nov 28: Hyderabad FC and Bengaluru FC played out a drab draw in their Hero Indian Super League Season 7 encounter at the Fatorda Stadium, on Saturday.

The Nizams recorded their second successive clean sheet, grabbing four points in two outings — their best start in the league. However, it was a frustrating evening for Bengaluru FC, who are yet to taste a win this season.

While Carles Cuadrat fielded an unchanged eleven from their 2-2 draw against FC Goa, Hyderabad coach Manuel Marquez made two changes to his line-up from the win against Odisha. Chinglensana Singh and Joel Chianese came in for Hitesh Sharma and Mohammed Yasir.

The sides showed attacking intent from the word go and BFC had their first attempt as early as the fifth minute. Ashique Kuruniyan tried his luck from a distance but his effort took a deflection before being collected by Subrata Paul. This turned out to be the only attempt at goal in the first session.

The Nizams’ adamant defending frustrated Bengaluru, who struggled to take the ball up to their attacking trio of Sunil Chhetri, Kristian Opseth and Udanta Singh. Trying to find an alternative, Bengaluru engaged in long-range shots, which proved futile.

Going forward, Hyderabad were the better side in the first half. The men in yellow nearly took the lead in the 25th minute from a Lluis Sastre set-piece. Bengaluru keeper Gurpreet Singh Sandhu denied Aridane Santana’s header with a full-stretch save to keep the scores level.

However, the visitors suffered a blow before the break as their foreigners – Chianese and Sastre limped off the pitch with Yasir and Sharma replacing the duo.

Despite making a half-time change, replacing Kristian Opseth with Dimas Delgado, Bengaluru had nothing different to offer as their opponents continued to dominate the play.

Santana’s struggle continued as he missed a great opportunity to put his side ahead in the 55th minute. After dribbling past the Bengaluru defence, the Spaniard’s shot was way off target.

With some fine defending from either side, frustration was clearly visible on the pitch. Both sides repeatedly tried to find the net from distance with the attempts being either blocked or going way off target.