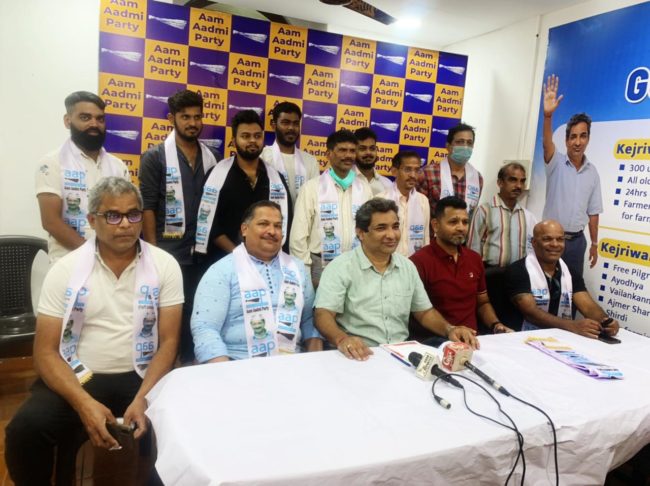 Mhambre explained to the media that on Wednesday we celebrated National Youth Day and today the youth of Mapusa have taken it one step further by joining the party to rebuild the Mapusa. The contribution of young people in Mapusa is of utmost importance to change it for the better.

“The Goa government recently faced questions from the High Court about the delay in mining. The BJP-led government has also failed to create jobs for Goa’s youth. Some BJP legislators have been monopolizing the government jobs to their close allies”, he added.

Mhambre stated that the youth of Goa are being deprived of employment opportunities as only Sakhali, Valpoi and Poriem constituencies are receiving jobs. This is a great injustice.

He further said, “AAP has completed its first round of door-to-door campaigning in Mapusa and have been reaching out to Mapusekars with Kejriwal’s six promises. We will soon bring a manifesto that is specifically geared to Mapusa and guarantees for Mapusekars”.

“AAP has received a tremendous response from Mapusekar and through door-to-door campaigning we have realized that the people want a change this time around. They are determined to see the AAP come to power”, he added.

BJP using Portuguese strategy of Divide and rule within the Bhandari Samaj !

AAP leaders Amit Palekar, Rajdeep Naik, & Nonu Naik condemned the statement made by the BJP against the Bhandari Samaj made after Arvind Kejriwal, AAP ... Read More