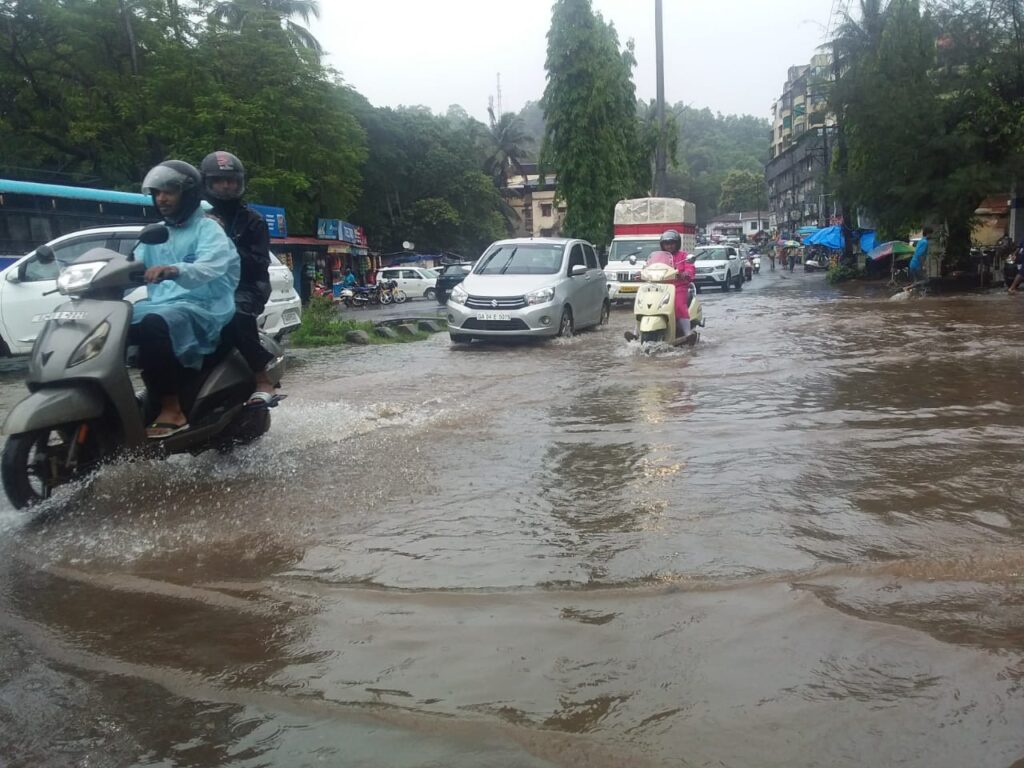 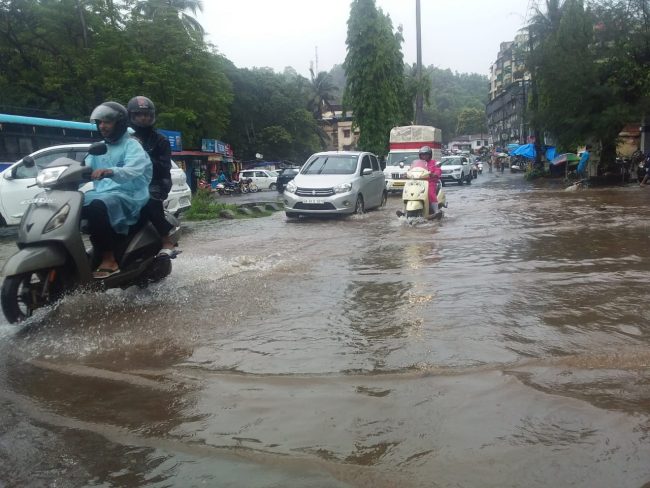 PONDA: The incessant heavy rains since Sunday night that continued Monday hit normal life at Ponda.
It also exposed the unpreparedness for the monsoon as in most places in Taluka, rainwater was seen flowing on the road due to choked gutters that were not cleaned before the monsoon.
Today the road in the heart of the city at Dada Vaidya chowk at Ponda bus stand is submerged as gutters were choked, causing inconvenience to locals. Similarly, the house was damaged at Shiroda after a tree collapse.
The gutter water was directly flowing on the road at Bablyakhali Curti. Similarly, at Khandepar, the road level and gutter-level remained the same; as a result, the gutter water was flowing on NH.
The Ponda Fire Personnel received ten calls for the past twenty-four hours, which they cleared, including one at Anmod Ghat.
Most of the trees were fallen on the road in various parts of Ponda Taluka.
A tree fell on the KTC bus stand road this morning, blocking traffic for some time. A similar case happened at Bethora after a tree collapsed on the road.
Tree fallen on electric lines at Shiroda. Besides, trees were fallen at Haveli Curti. A tree was also uprooted and fallen on the road near Govind Mahadev Temple Dhavlim Ponda.
Due to flooding of Ponda Main nullah, water was also entered into Mahadev Temple premises at Nagzar-Curti Ponda.
Ponda Fire Personnel cleared all the calls at the end of the day. As the nullah was flooded, the field opposite Kavlem Shantadurga Temple was filled with flooded water.