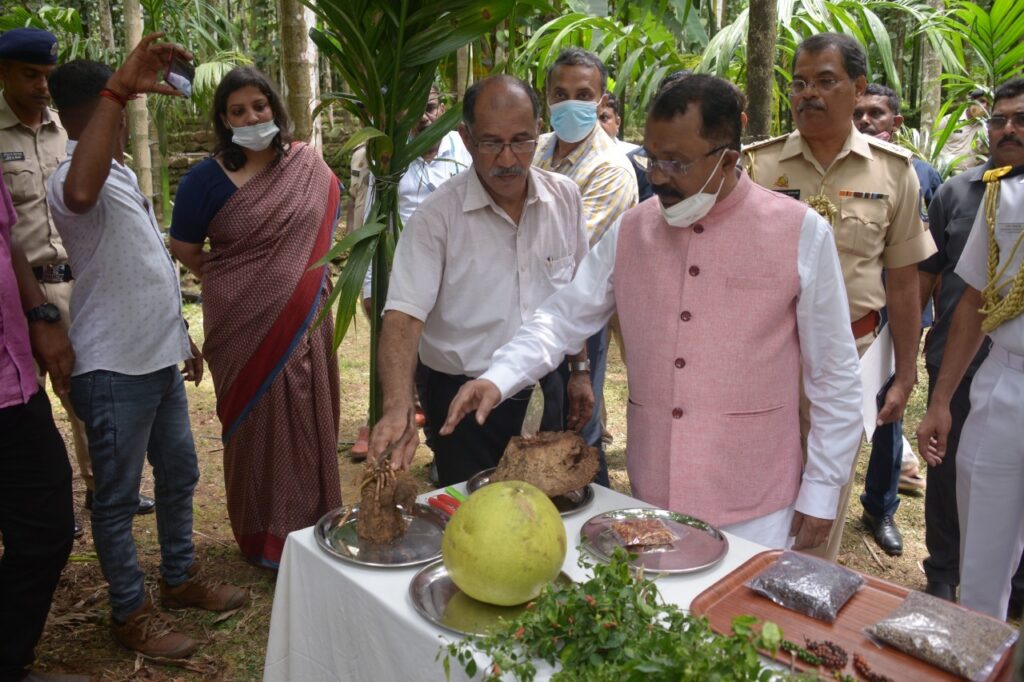 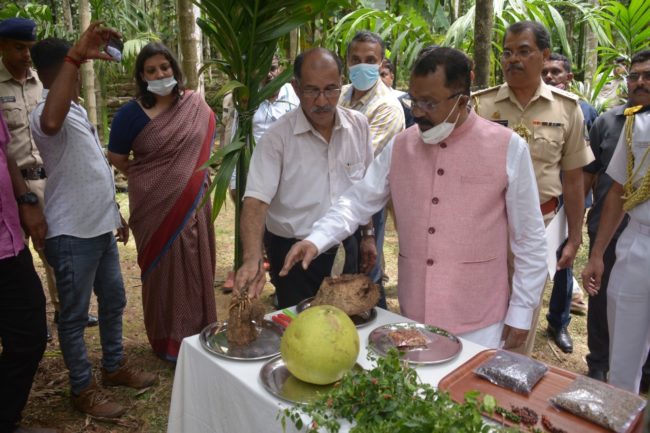 PANAJI: India lives in villages. Village people are innocent; they are good at heart, said Governor P S Sreedharan Pillai.
“Tradition, history and peculiarity about our country can be seen in villages. Wonders are done in villages,” he added.
He was speaking after visiting the farm of progressive farmer Pandurang Patil at Rivona Sanguem.
Further speaking Pillai said a country’s growth depends on the efforts of agriculturists and farmers. 17 to 18 % of our country’s GDP is achieved from agriculture. “Agriculture is a field making our country self-reliant, he said. I am extremely happy and feel that I am in my village in Kerala,” he remarked.
He said that economic and social freedom and also Gram Swaraj can be achieved only through agriculture. Congratulating Pandurang Patil for his dedication to agriculture, the Governor said other farmers should take inspiration from him.
“Raj Bhavan will also take this as the classic example and will try to do something new in agriculture on its 88 acres of land.
“Mechanized farming is important in this field, he said. Original practice should also be preserved while adopting modernization. A combination of both mechanized and traditional practices in farming and agriculture is important to ensure higher yields. Farmers and agriculturalists are working hard. They are the backbone of our country. Keeping aside political and all other differences with the support of the Chief Minister and Agriculture Minister, let us together work hard to achieve to make Goa and India self-reliant,” he added.
Social Welfare, Subhash Phaldessai said, P S Sreedharan Pillai is the first Governor who has taken an interest in understanding the issues and difficulties faced by farmers. Governor’s attempt is to reach out to every citizen of this State. The government is also doing all possible things for the welfare of the farmers. The government is putting all its efforts into increasing the income of the farmers. The government is motivating farmers to go ahead with new techniques and innovative ways of farming by which productivity will increase, he said.
Governor attended an interaction programme with farmers and a training programme on the Kulagar system organized by Agriculture Technology Management Agency, South in association with Zonal Agriculture Office, Sanguem. District Collector, South, Smt Ruchika Katyal, IAS;
Governor felicitated Shri Pandurang Patil, Shri Nagesh Amolkar and Vishnu Pirlakar on occasion.
Pandurang Patil shared his experience and the innovative practices he implies in the agriculture field. He urged the Governor to take the initiative to update subsidy values provided by the Agriculture Department as many farmers cannot afford the basic cost of the expensive mechanism. He also felt the need to provide higher minimum support prices to the farmers affected by vermin.
District Agriculture Officer Shri Rajesh Dessai welcomed. ATMA, Project Director, South, Chandrahas Dessai proposed the vote of thanks.
Earlier in the day, the Governor visited Chadreshwar Bhutnath Temple, Parvat Paroda and took blessings of the lord.
Minister, Shri Subhash Phaldessai; MLA, Quepem, Altone D’costa; Vasudev Meng Gaonkar; District Collector, South, Smt Ruchika Katyal, IAS; Secretary to Governor, R. Mihir Vardhan; Deputy Collector, Salcete, Prasad Volvoikar; Deputy Collector, Quepem, Nilesh Dhaigodkar; Deputy Superintendent of Police, Santosh Dessai; Police Inspector, Dipak Pednekar; President, Chandreshwar Bhutnath Saunsthan, Harshad Gauns Dessai, Shashank Dessai; Rivona Zilla Panchayat Member, Suresh Kepekar; Sarpnach, Rivona Village Panchayat, Surya Naik; Vasudev Meng Gaonkar, Prakash Velip and others were present on the occasion.
Governor also visited Marquis Farm at Mugali, Sanguem. Chairperson, Sanguem Municipal Council, Smt Shweta Naik Tari; Vice Chairperson, Queroj Cruz and others were present on the occasion.