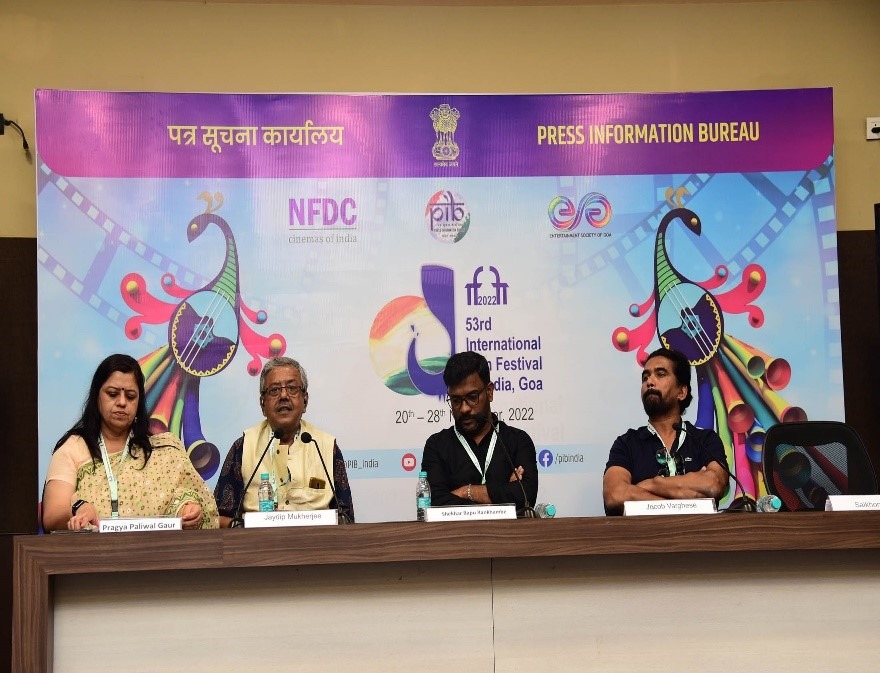 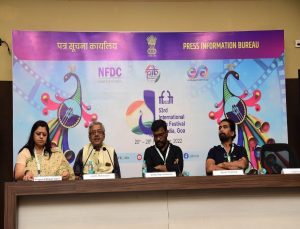 Goemkarponn desk
PANAJI: As part of the special section on Satyajit Ray at IFFI 53, Jaydip Mukherjee’s 34-minute non-feature film “Other Ray: The Art of Satyajit Ray” was showcased in the Indian Panorama section on 24 Nov 2022. Interacting with media-persons and delegates at IFFI “Table Talks” organized by PIB, Director Jaydeep Mukherjee said this movie is a biographical documentary incorporating his own conception of Ray’s genius.
The various shades of Ray’s aesthetic genius – sketcher, calligrapher, music composer, director – have been covered holistically in the film, Mr. Mukhejee said. He added that the creativity ran in Ray’s genes from his grandfather Upendrakishore Ray Chaudhuri and father Sukumar Sen but his training under legends like Nandalal Bose & others at Shantiniketan clearly reflects in Ray’s works.
Mr. Mukherjee added that the film also captures other influences on Ray’s development of characters, like his years spent as Junior Visualizer at the advertising firm D.J. Keymar or learning Western musical notations from Professor Alex Aronson – which was part of his composing and orchestration process for many soundtracks in his films.
Mr. Mukherjee recalled how he discussed the idea of Other Ray with Satyajit Ray himself, but had to struggle over many decades to give shape to it. “I had to take pictures of Ray’s paintings and other works at an exhibition in Kolkata in 2007, apart from inputs of Sir Richard Attenborough and Ray’s other friends in London”, Mr. Mukherjee said.