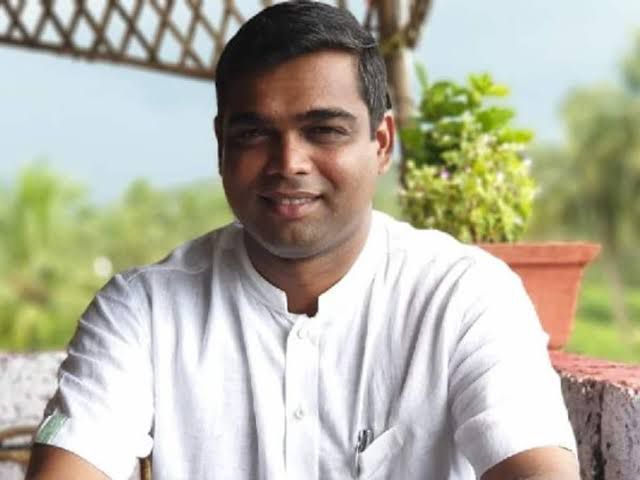 Goemkapronn desk
PANAJI: A complaint has today been filed against Mandrem M.L.A. Jit Vinayak Arolkar on the illegal grabbing and fraudulent sale of property admeasuring 1,48,800.00 sq. Mtrs at Dhargal in Pernem Taluka bearing survey no 481/0.
Adv has filed the complaint. Rodrigues before the Special Investigation Team (SIT) at the Crime Branch on instructions and under the due authorisation of his client Mr Rawloo Vaikunth Khalap, a Senior Citizen, aged 76, native of Mapusa but now residing in California in the United States of America.
Pointing out that a hilly landed property known as “Kapni Voril Ghera”, bearing Survey No. 481/0, admeasuring 1, 48,800.00 sq. mtrs situated at Dhargal was co-owned by Late Vaikunth Shet Khalap and Late Sadashiv Sakharam Natekar, Adv. Rodrigues has stated that on the death of Vaikunth Shet Khalap on 13th August 1979 and his wife Shaila Vaikunth Khalap on 24th November 2007 that his client Rawloo Vaikunth Khalap is now one of the co-owners.
The complainant has stated that Jit Arolkar based on a Power of Attorney dated 24/12/2012, deceitly executed between him and legal heirs of Late Sadashiv Sakharam Natekar, took over the affairs of the and illegally created approx. 200 plots in the property between 8/11/2013 and 14/3/2018 while illegally and fraudulently executing sale deeds with third parties and selling the entire property without the express consent of all the legal heirs of the co-owners of the property.
The complaint states that despite the property being undivided and common with no partition of land or share carried out by any authority that by devious acts of the accused Jit Arolkar, Form I & XIV now reflects a number of illegal mutation entries.
The complaint further states that the property is depicted as orchard land on the regional development plan, and to date, no conversion of land sanads have been issued by any authority or any conversion proceedings conducted before Dy. Collector of Pernem or North Goa Collector.
Adv. Rodrigues has further stated that Jit Arolkar in gross violation of law with political patronage and funds allegedly generated through land scams, has also funded and constructed tar roads illegally connecting to the village road and electricity poles also installed unlawfully while the Electricity department and P.W.D have taken no action.
“Jit Arolkar has also reportedly illegally created a number of small plots in the adjacent property bearing Survey No. 498 and merrily in defiance of law has similarly illegally and fraudulently sold to various parties plots by executing similar devious sale deeds,” Rodrigues charged.
The complaint also states that the entire illegality, high-handed and systematic land grabbing scam that Mr Rawloo Vaikunth Khalap has had to endure had been brought to the notice of various government departments, but due to political clout enjoyed by the Jit Arolkar, no action whatsoever has been taken.
Stating that Jit Arolkar had in 2001 joined the Goa Police as a constable only to quit within a decade, possibly after making a huge fortune on land scams, an issue that has to be investigated by the S.I.T., Adv. Rodrigues and the complaint submitted a copy of the affidavit filed by Jit Arolkar on 28th January this year before the returning officer along with his nomination papers for the Mandrem Assembly Constituency, which reveals that Jit Arolkar has blatantly amassed huge wealth beyond his known sources of income.
Seeking that the complaint be registered as an F.I.R. against Jit Arolkar and promptly investigated according to law, Adv. Rodrigues has expressed the hope that the S.I.T. will act without fear or favour despite the accused currently being an M.L.A. supporting the ruling government.

BJP has postponed all its public meetings till January 15; will wait for ECI order: CM

Goemkarponn desk PANAJI: Chief Minister Dr. Pramod Sawant informed that BJP has postponed all its public meetings until January 15 and will further wait for ... Read More

Goemkarponn Desk PANAJI: During the course of election surveillance being carried out for the ensuing assembly elections in Goa, the Income Tax Department, has, on ... Read More