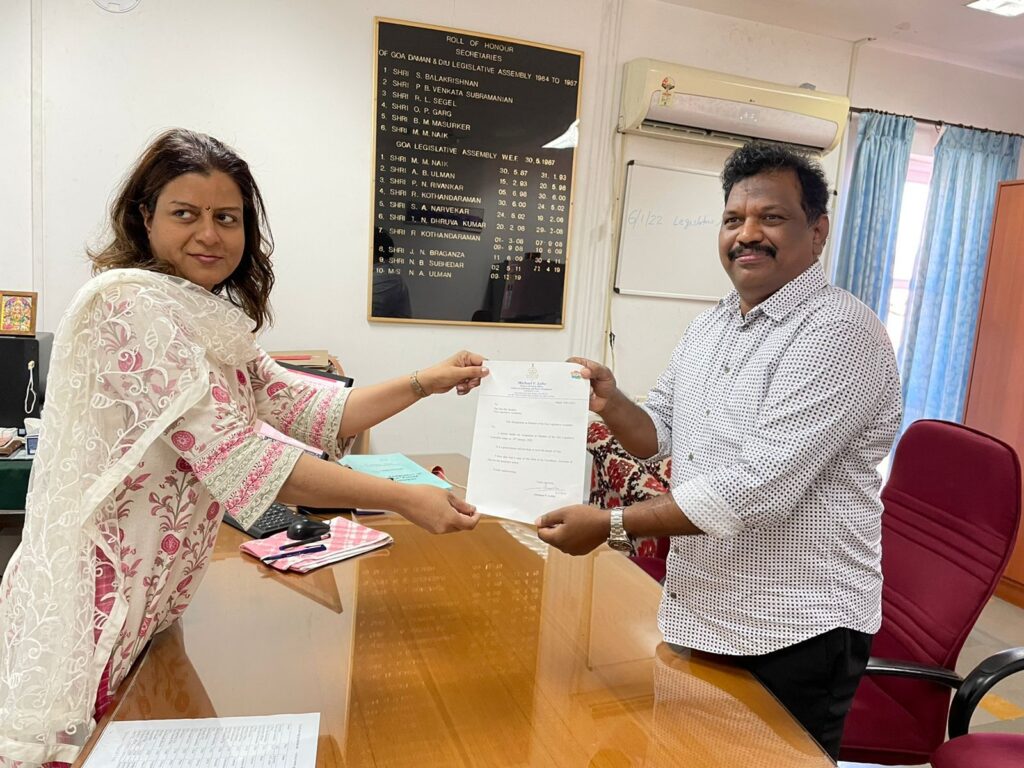 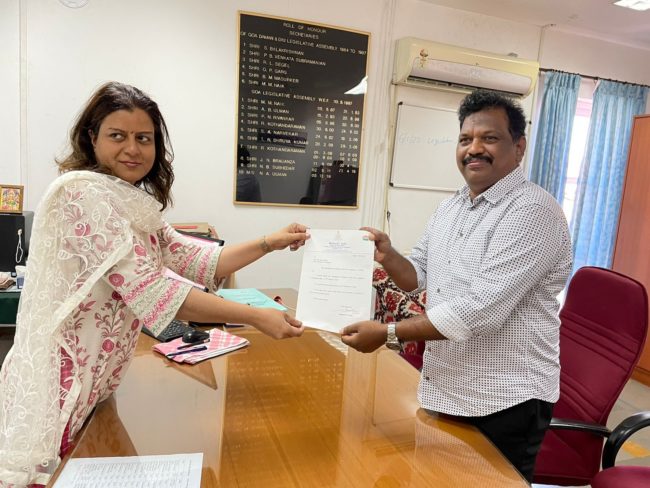 PANAJI: Putting all speculations to rest, Michael Lobo today has finally resigned as Minister and MLA. He is expected to join Congress.
He tendered his resignation as Minister for Waste Management and MLA to Chief Minister Dr Pramod Sawant and Legislative Secretary Namrata Ulman respectively.
“I have resigned as Minister, MLA and also from the primary membership of the BJP; We have to go for the next elections; we have to be ready well in advance. It’s been 15 years, and it’s painful to end such a long tenure,” said Lobo speaking to reporters after resigning.
He further said that some of the major karyakartas are being sidelines and that he made it sure to take up the issue to higher-ups.
“I repeatedly tried to talk to my higherups with karyakartas being sidelined, but no one listened to me. I have also understood that the BJP does not need me anymore,” he added.
When asked about his next step, Lobo said he has not taken any decision, and the decision will be based on his karyakartas, well-wishers.
“I have not yet decided the future course of action; some are saying contest as independent while some say join the Congress,” he said.
According to sources, Michael Lobo is likely to join the Congress at 4 pm today.
“I’ve resigned as Goa minister; hope people of Calangute constituency will respect my decision. I’ll also resign as MLA, will see what step to take next. I’m in talks with other political parties. I was upset with the way we’re looked at, and party workers are unhappy,” said Lobo.
He further said that in Goa BJP, he does not see Manohar Parrikar’s legacy being taken forward; those party workers who supported him have been sidelined by BJP.
He claimed that people were unhappy with the ruling BJP.
“The voters told me that the BJP is no more a party of the common people and that the grass-root level workers were feeling ignored by the party,” he said.
On Saturday, the Election Commission of India had announced that elections to all 40 Assembly constituencies in Goa would be held on February 14.