* No loss of life or injuries were reported as the flat was unoccupied. * Losses estimated to be around Rs 15 lakhs, 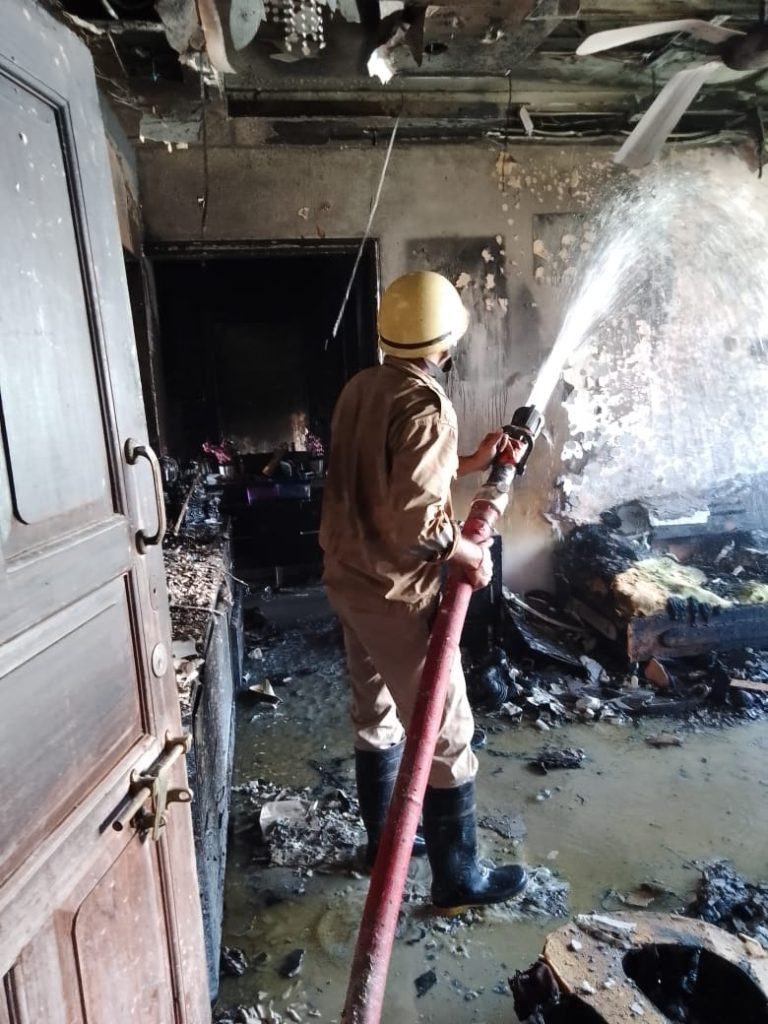 Goemkarponn desk
PANAJI: A major fire engulfed a flat in a residential building at Mundvel in Vasco on Thursday afternoon.
Fortunately, there was no loss of life or injuries reported in the incident, as the flat had been unoccupied.
While the cause of the fire is suspected to be due to a short circuit, the losses are estimated to be around Rs 15 lakhs.
Alert neighbours immediately alerted the Vasco fire brigade, who rushed to the spot and doused the fire while preventing the inferno from spreading into the other flats in the resident St Andrews Residency building
Neighbour Prashanti Shetty said that she had heard a noise in the flat, and it was only when there was a thud sound that she checked the balcony to realise that there was smoke coming from the flat, and she alerted the residents of the building
Another neighbour Meely Jorge said that she heard people screaming for help, and she later alerted the fire brigade, who rushed to the site and doused the fire
The fire officer said that they received a call at 11.48 am
“We immediately turned out here and started our work to douse the fire, and we immediately removed two LPG cylinders from the flat. The cause of the fire could be due to a short circuit and losses could be around Rs 15 lakhs,” said the officer.