Matter on Mopa link road before DoP adjourned for March 25 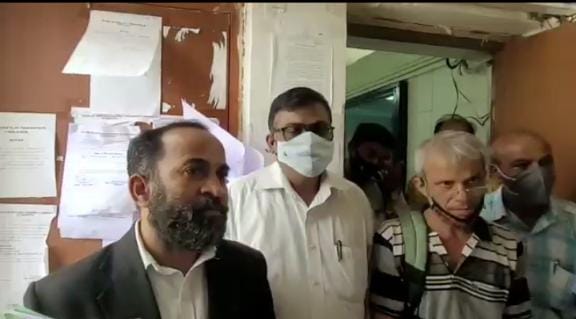 Goemkarponn desk
PANAJI: The matter on the Mopa link road project before the Director of Panchayats has been adjourned for March 25. The adjournment has been attributed to the Panchayat director’s busy schedule with the Chief secretary.
“The hearing was scheduled for 12 pm today, but the director was not available for the hearing as he had an urgent meeting with the Chief Secretary. The hearing has now be adjourned for March 25 at 11 am,” said Advocate on behalf of the farmers
The Advocate said that he had come prepared as an argument related to the case was to take place.
“This is an attempt to sabotage our lands; CM and government are involved in this scam; this adjournment is just an attempt and delays the issue so that work can continue,” said a farmer.
The panchayat had issued a stop-work order to the company involved in constructing the Mopa Airport Link road after receiving a complaint from an aggrieved farmer.
The company then filed challenging the stop-work order of the panchayat before the additional director of panchayats, claiming that land for the project had been acquired by the central government of India and insisted that the panchayat had no jurisdiction over the land.
The company also claimed that the stop-work order is not maintainable as the panchayat had exceeded its jurisdiction.
The Varkhand–Nagzar panchayat convened a special meeting to take stock of the situation, and it was decided to appoint a lawyer and fight the case before the additional director of panchayats.
“The panchayat has been made a respondent while the builder is the appellant regarding the stop-work order on the Mopa Link road project,” said Sarpanch Sanjay Tulaskar.