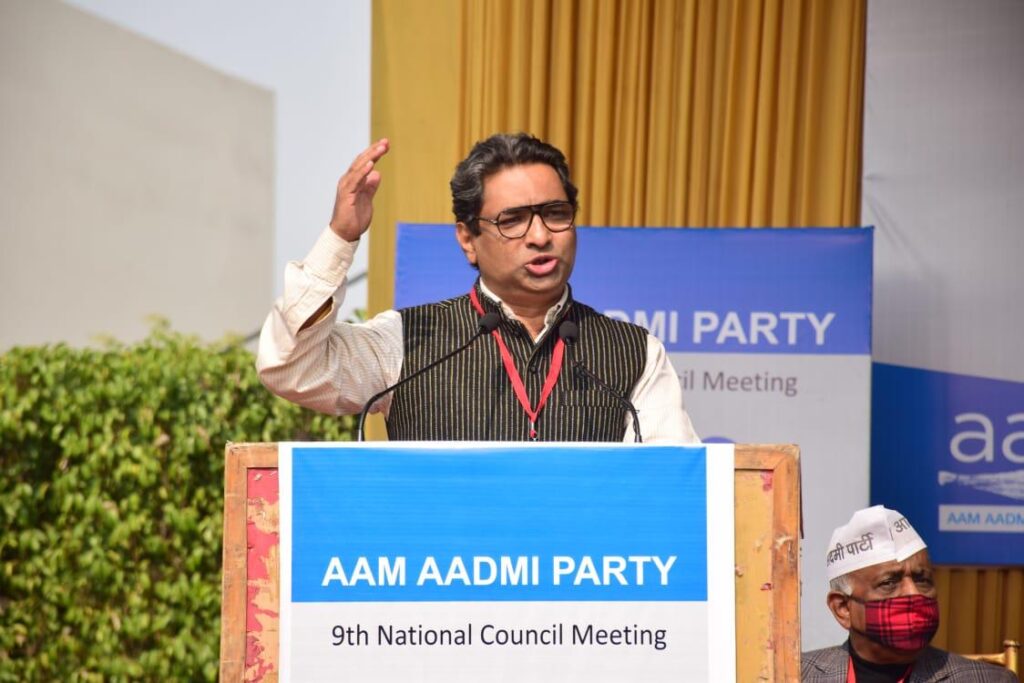 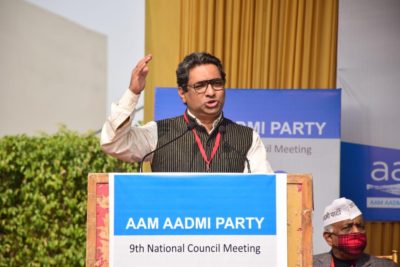 Aam Aadmi Party founder Arvind Kejriwal speaking at the National Council meeting of AAP in Delhi announced that it will participate in the assembly elections scheduled in all six states including Goa within the next two years and urged party volunteers to strengthen the party organization to take the party to the people who are just waiting for it.

“AAP governance in Delhi is by now known to all and people want the same kind of governance in their own States,” he said while telling party workers that it is their responsibility now to take the party to these people so that they can vote for it.

AAP Goa convener Rahul Mhambre said in Goa the party has done much work and is prepared to face the elections. He pointed out that the Veej Andolan currently on in Goa is producing excellent results as not only it attracts large crowds but there are many people joining the party.

“During the pandemic and the resultant lockdown, we launched the oximeter distribution scheme in Goa where we would give oximeters to people specially in wards so that all could check their oxygen levels,” he said while pointing out that the ruling government then adopted the programme.

Rahul also disclosed that the Congress Party had mooted a proposal for an alliance with AAP in Goa which was outright rejected by them even as the crowd started shouting that the Congress should stop calling AAP the B team of BJP.

He thanked Arvind Kejriwal for his guidance and the Delhi team for all its support to AAP in Goa and expressed confidence that AAP will form the next government in Goa when elections are held in 2022.

Arvind Kejriwal pointed out that all the three elections in Delhi were historic and said the last was particularly so as the party contested it on the platform of work done and development and said now all over India people want free electricity and water supply besides schools and government clinics like in Delhi.

He pointed out that three Bharatiya Janata Party ministers from Uttar Pradesh initially challenged AAP for a debate but when Manish Sisodia landed in Lucknow for the debate the BJP ran away and the police even stopped Manish Sisodia from inspecting the schools in the state.

The same thing was repeated in Uttarakand he said and asked people to think about the future of the children studying in these schools which the government does not even want others to see. “The Congress and the BJP has created such a bad situation by their rule of 70 years while AAP has done in 5 years what they could not do,” he said.

He said Corona was dealt with so well in Delhi that the world was talking about it and pointed out that on 11th November when Delhi reported 8,500 corona cases all patients found place in a hospital while at other places despite having lesser patients many were left on the streets.

He reminded the volunteers that it was Delhi who first announced setting up a plasma bank on 2nd July 2020 while the United States of America President announced it subsequently on 27th August 2020.

While admitting that people in other states are reluctant to vote for AAP because the party has no presence there, Arvind asked the volunteers to bridge this gap and make the party relevant to the people all over India.

He said AAP will contest the assembly elections in Uttar Pradesh, Uttarakand, Goa, Punjab, Himachal Pradesh and Gujarat which are bound to be held in the next two years and said the people are ready for the party.

“We have the vision and ability as to what the country needs in the 21st and 22nd century while other parties are still dwelling in the past,” he said and while extending support to the agitating farmers demanded that stern action be taken against those responsible for the violence witnessed on 26th January in Delhi.

“Nobody can be happy if the farmers are unhappy and let us join their struggle as common man without any politics or any flag,” he said.