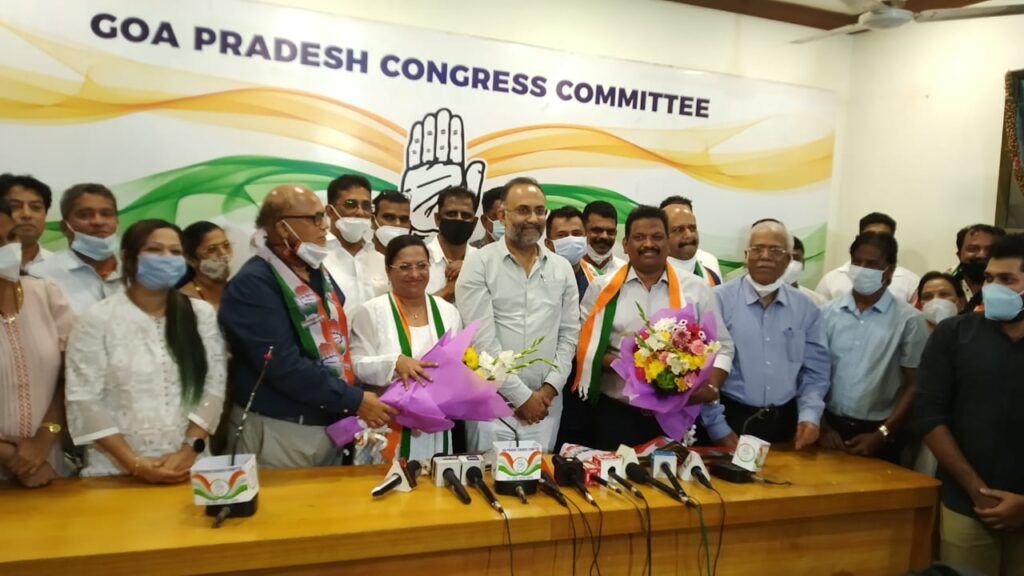 They were inducted into the party by Congress Goa Desk In-Charge Dinesh Gundu Rao, CLP leader Digambar Kamat in the presence of other party leaders.

“Congress will get 22 plus seats and will give a stable government. I have joined Congress to take Goa in the right direction and for the welfare of the people as Goa is suffering.” Lobo said.

He further said that Goa’s scenario will change and he is optimistic that Congress will come to power.

Lobo thanked Sonia Gandhi and Rahul Gandhi for his joining. “We have joined for the welfare of Goa. Poor people are suffering. Nobody is there to listen to their voices. People are joining back to Congress as they know if we want to take people in the right direction then Congress is the only option.” He said.

He further appealed to people not to give scope for division of votes as many other parties have come to Goa.

Dinesh Gundu Rao said that it is a happy moment as Lobo has joined Congress Party.

“He is connected to the common man. He has good camaraderie in his constituency and surrounding. This will help Congress to be stronger.” He said.

“Lobo has joined with great force and this will definitely help us. Congress has given a stable government in the past and we will repeat it.” he added

Lobo had resigned as BJP MLA and Minister yesterday. His induction in the party was delayed by a day due to strong opposition by the Congress aspirants in Calangute constituency.