MICHAEL TO MIKA: Rane says no violations would be allowed 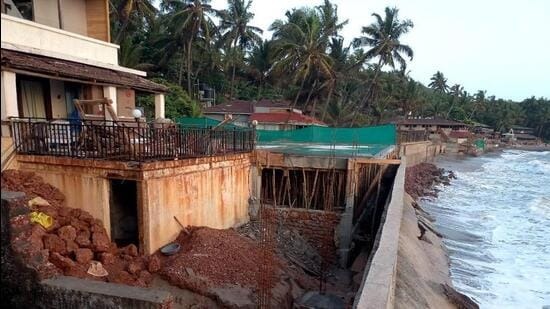 PANAJI: TCP Minister Vishwajit Rane today said that action will be taken against Singer Mika Singh or anyone else who is involved in irregularities.
“I am very clear; I have read about Mika Singh’s illegal construction; it comes under CRZ; action will be taken, be it Mika Singh or someone else,” said Rane.
According to Rane, there have been gross violations of law in the construction of these two hotels in Calangute, and thus the show-cause notices have been sent to the owners.
“As long as I am there as the TCP Minister, no violations will be allowed. Nobody can be above the law. I will see that these hotels are demolished during my tenure as TCP Minister,” Rane said.
The Minister also stated that all the deeds of Lobo during his tenure as chairman of NGPDA will come up on the floor of the House.
The TCP Minister further added that all the vicious deeds of Michael Lobo during his tenure as chairman of NGPDA will eventually come up on the floor of the House.
On widow honour, Rane said that in some panchayats, a widow honour resolution was passed while stating that Constitution does not mention or enact such legislation.