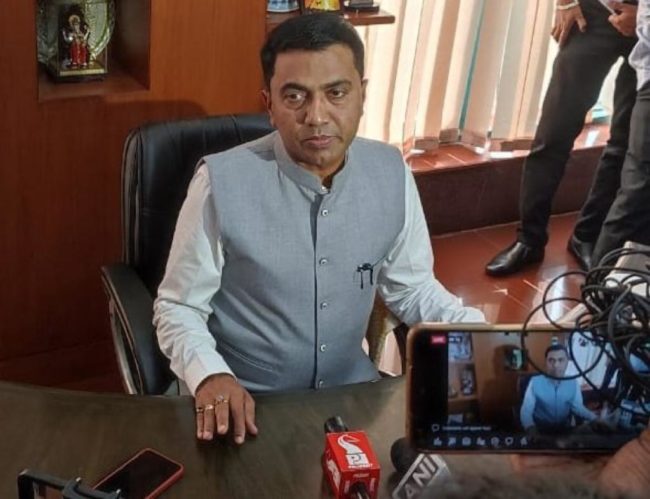 Goemkarponn desk
PANAJI: Chief Minister Dr Pramod Sawant today said that resuming mining, focusing on tourism and employment generation will be his top priorities.
Sawant today took charge as the Chief Minister and resumed his office at the Goa Legislative Assembly Complex.
“Resuming mining, focus on tourism and employment generation will be our priorities. Everything that is mentioned in the manifesto will be implemented within the next 5 years,” said CM Sawant.
He further said that the employment generation will be worked out in both the private and government institutions.
Speaking on tourism, Sawant said that his top priority will be to make Goa as the tourism capital of India and the number one tourism destination in India.
He reiterated that his government will implement Swayampurna Goa 2.0 initiative, generate employment opportunities, and strive to make Goa known as the country’s tourism capital.
CM said that his government will take up the Swayampurna Goa 2.0 initiative, which is an extension of Prime Minister Narendra Modi’s “Atmanirbhar Bharat” Mission. He said that the government had successfully implemented the Swayampurna Goa 1.0 during the first stint, and it would be completed during his second term.
The Chief Minister spoke about the various initiatives taken by his government during his first three-year stint. He said that the ongoing construction of the signature Zuari bridge and expansion of the national highway would be completed soon, while the Mopa greenfield airport will also be commissioned soon.