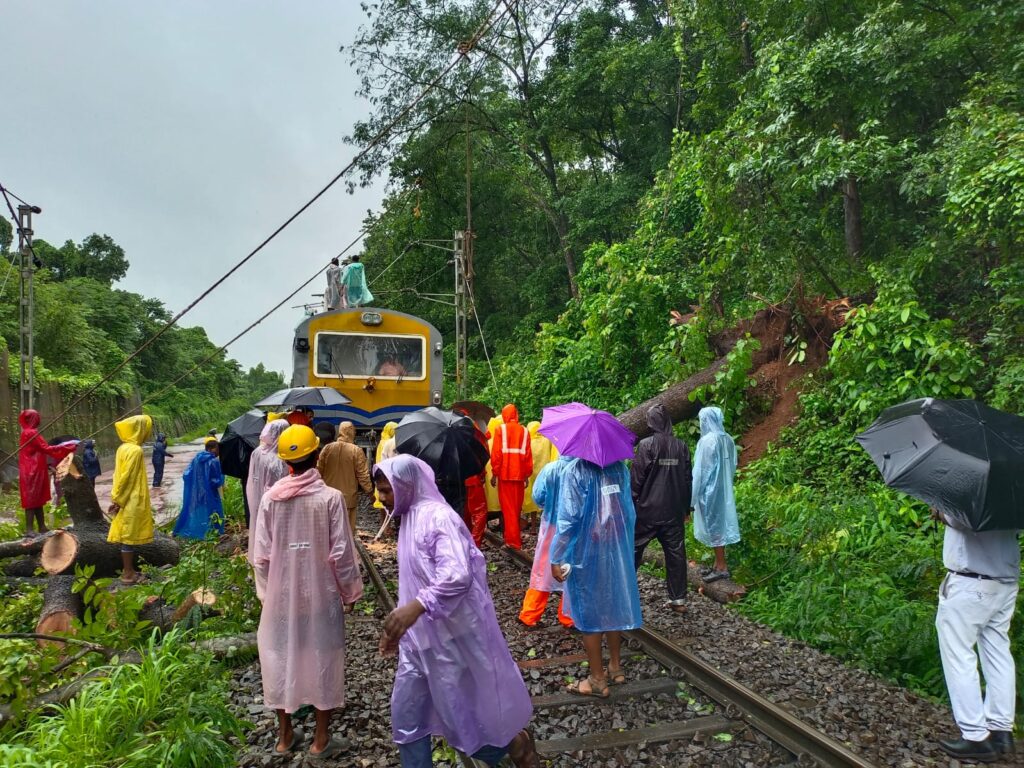 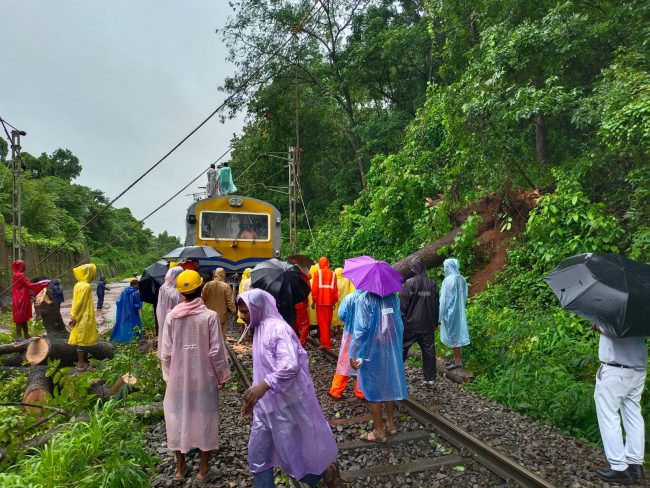 VASCO: Hundreds of Vasco-Collem train passengers were stranded for little more than an hour due to the uprooting of a huge tree which fell on the railway track between the Kalay-Sanvordem route. Railway staff managed to clear the track by 8.30 am.
Uninterrupted heavy rainfall all over Goa has unfolded the havoc in its own way. There is a rise in the incidences of landslides, flooding, tree uprooting, short circuits, accidents, and passengers standing for hours due to the flooded roads.
In one such incident, many passengers who travelled on the Vasco Collem local train were stranded for little more than an hour at the Kalay-Sanvordem route due to the uprooting of a huge jungle tree which fell on the electrical wires and on the track blocking the path of the train.
Fortunately, the train driver stopped the train on time, foreseeing the uprooted tree and avoiding the untoward incident.
After learning about the tree uprooting incident, many passengers worried about reaching their destinations safely on time.
One such person named Rajesh Gaonkar said that it is fortunate that the train driver saw the fallen tree and stopped the train; otherwise, it could have caused a major accident.
Another teacher passenger said that they weren’t expecting a tree to uproot all of a sudden, but it is learnt that the tree uprooting might have happened during the wee hours. “I hope that the railway staff attend to this issue and clear the blockage as soon as possible,” he added.
Prajay, who is a school student, said, “I am going to reach the school late today. One way we are fortunate in that the tree didn’t fall on the running train; otherwise, it would have been dangerous.”
He said that one such tree uprooting incident took place last month wherein a huge tree fell on the boogie. Fortunately, nobody was injured, but the train reached Vasco by 11am that day.” He said.
Meanwhile, railway staff coordinated with each other, the manual labourers, the three tree cutters, ropes and other machinery were pressed into trimming and cutting the tree branches.
Furthermore, additional manual labourers were deployed at the site to clear the track, done by 8.30 am. The passengers reached Vasco by 10.30 am. No injuries were reported.