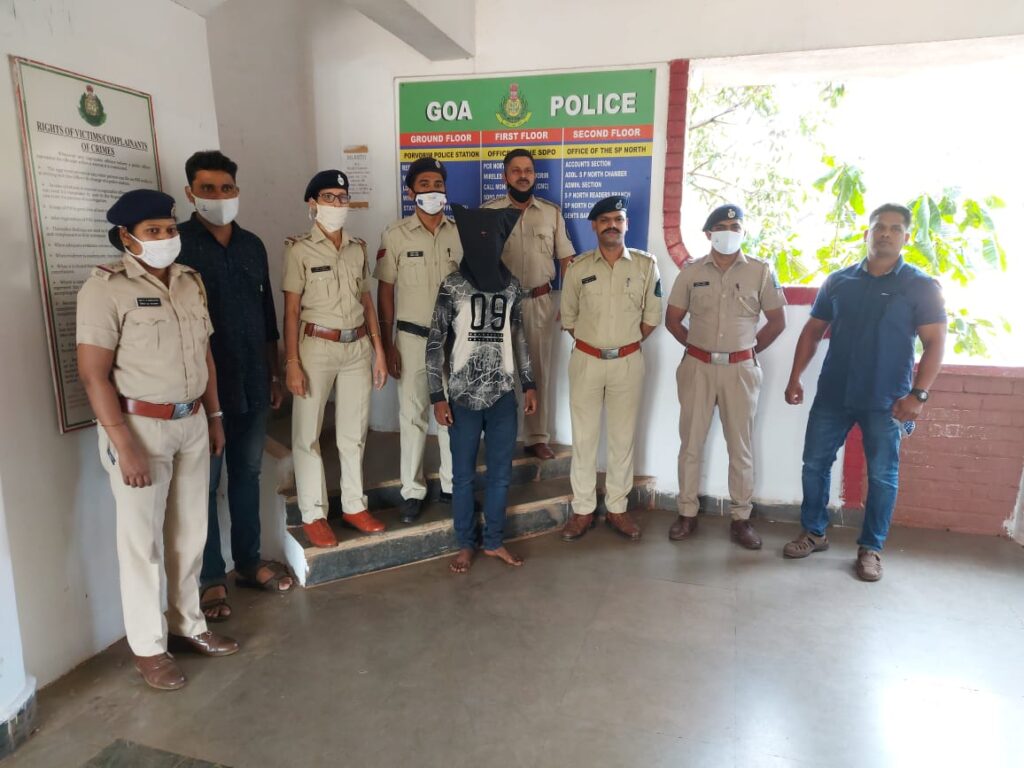 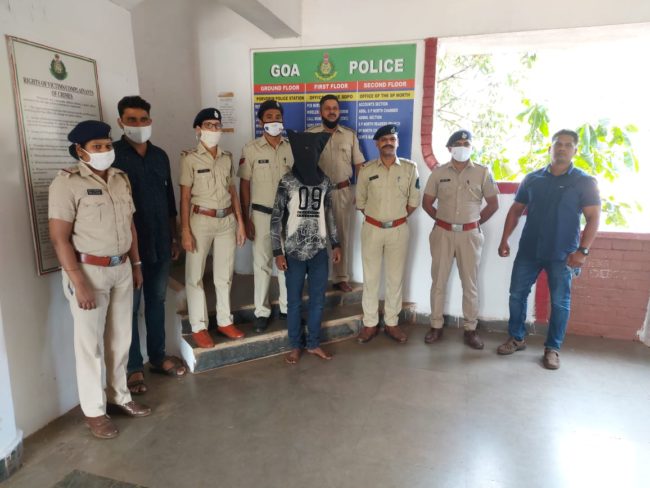 As per PI Neenad Deulkar a complaint was lodged by Mr. Harish Motwani R/o Ulhas nagar, Mumbai that his phone was snatched while he was traveling on Chogm road, Porvorim. Accordingly FIR was registered and intelligence was collected and subsequently accused person namely Mr. Varadraj Temkar, age 27 yrs R/o Kaskarwada, Porvorim was placed under arrest under section 356, 379 IPC.

A total of 05 high end android smart mobile phones were recovered. Also a stolen activa scooter has been recovered from the accused person.