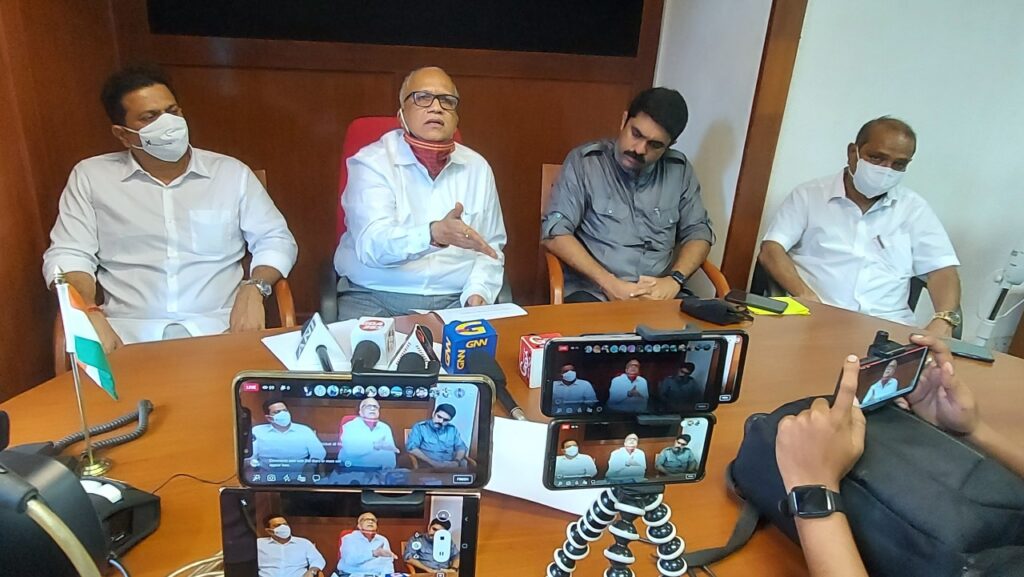 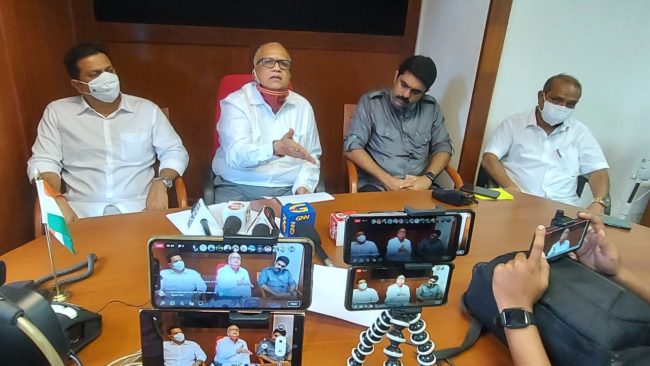 Goemkarponn desk
PANAJI: Leader of Opposition Digambar Kamat said that after destroying every constitutional institution, the BJP Government has now snatched the constitutional rights of the elected representatives even in the assembly.
“The Government is frightened to face the Opposition and has denied giving timely replies to the LAQ’s tabled by the opposition MLA’s. Today replies were not given to various questions including the postponed starred questions by this government. This government wants to hide its misdeeds,” charged Kamat reacting to the first session proceedings on the first day of the three day session.He said it is loud and clear that the BJP Government compromised the interest of the state by selling our mother Mhadei to Karnataka.
“The admission by the Water Resource Minister Filip Nery Rodrigues that the former Chief Minister of Goa wrote a letter to the Karnataka BJP President on the eve of their Elections without Cabinet approval clearly exposes that then Chief Minister compromised the interest of the Goa to give political advantage to the neighbouring State,” stated Digambar Kamat.
He said the Government has failed to explain to the People of Goa why the State Government did not object to the request of Karnataka to notify the Mhadei Water Tribunal Award.
Kamat says the Chief Minister Dr. Pramod Sawant tried to cover up the failure of the Government by stating that the Government changed the Advocate.
“I have demanded that all papers pertaining to the said decision to be tabled in the House. I hope the Government will comply with the same before the end of the Session,” he says.
Kamat further said this government will remain in the history of Goa for passing the budget without proper discussion.
“This government has pushed Goa into bankruptcy with total debts touching 26000 Crores. The government has imposed financial emergency in the state leading to collapse of every household budget. This government has no moral right to continue in power. It is shocking to listen to the blatant lies of the Legislative Affairs Minister claiming that the BAC had agreed to suspend the Rules for passing the Budget without discussion. I strongly condemn his statement,” he said.