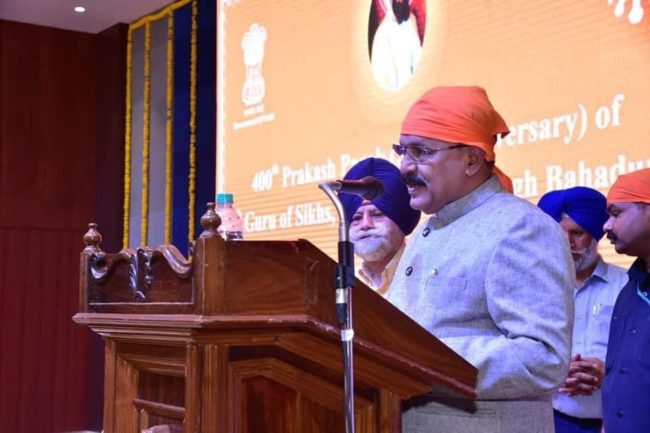 PANAJI: In what could trigger fresh religious controversy, the Goa Governor PS Sreedharan Pillai said that Mughal leader Aurangzeb had harassed Sikhs during his regime because of which only tourists admired his work and not locals.
Governor was speaking at the celebrations of the 400th Prakash Parab of the 9th Guru of the Sikhs, Saheb Shri Guru Tegh Bahadur Ji yesterday.
“People are not interested in visiting the doorsteps of Aurangzeb, who has harassed many; only tourists visit his palace,” said Pillai.
Speaking on occasion Governor recalled the contribution of the Sikh community in Goa’s freedom movement and also highlighted the contribution of Karnal Singh to the freedom struggle movement.
The Governor further said the Sikh community are hardworking people who are always busy in their work, and their contribution to nation-building is immense.
He urged people to respect all religions as it brings communal harmony, unity and amity among people.
Mughal emperor Shah Jahan may have built the Taj Mahal and dedicated it to his wife Mumtaz, but did he even get to visit the monument and pay homage to his late wife, Goa Governor P S Sreedharan Pillai asked had on Saturday.

COVID19 DEATHS – NO TREATMENT FOR CO-MORBIDITIES ???

Vehicles continue to fall like ninepins on Balli-Gulem NH

Goemkarponn desk CANACONA: A multi-axle truck driven by a 45 year old Tamil Nadu native and a Karnataka registered truck are the latest to fall ... Read More

Incidence of Rind worm in Watermelon fields in Goa