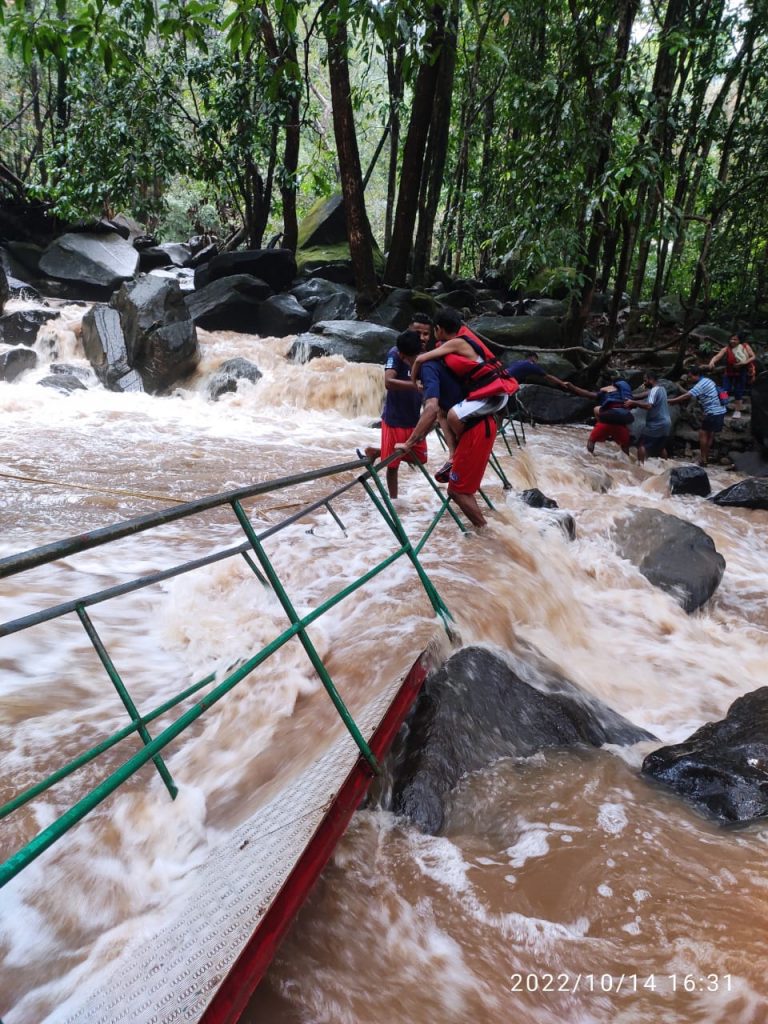 DUDHSAGAR: Over 40 people were rescued from Dudhsagar waterfalls along the Goa-Karnataka Border after bridge collapsed due to rising water levels.

As per information, the heavy rains along the Goa – Karnataka border, led to the increase in water levels at Dudhsagar waterfall

Drishti lifesavers stationed at the waterfall were quick to assist the individuals caught in the ordeal and assisted them to safer grounds.

Drishti Marine alerts people not to venture into the Dudhsagar waterfalls for the next few days. Due to heavy rains and rising water levels.

“The River Lifesaver rescued around 40 guests stuck at Dudhsagar Waterfall due to turning of crossing bridge where water level increased due heavy rainfall,” said CM Sawant