Over 42 Goats got crushed under the train at Gulem Tunnel 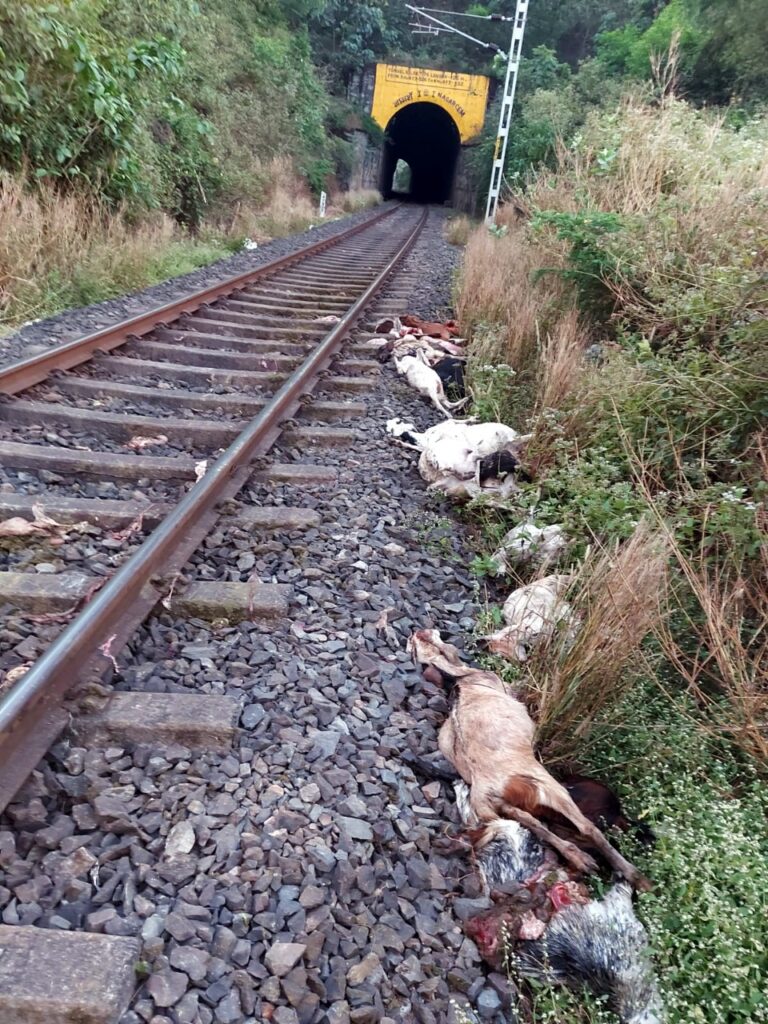 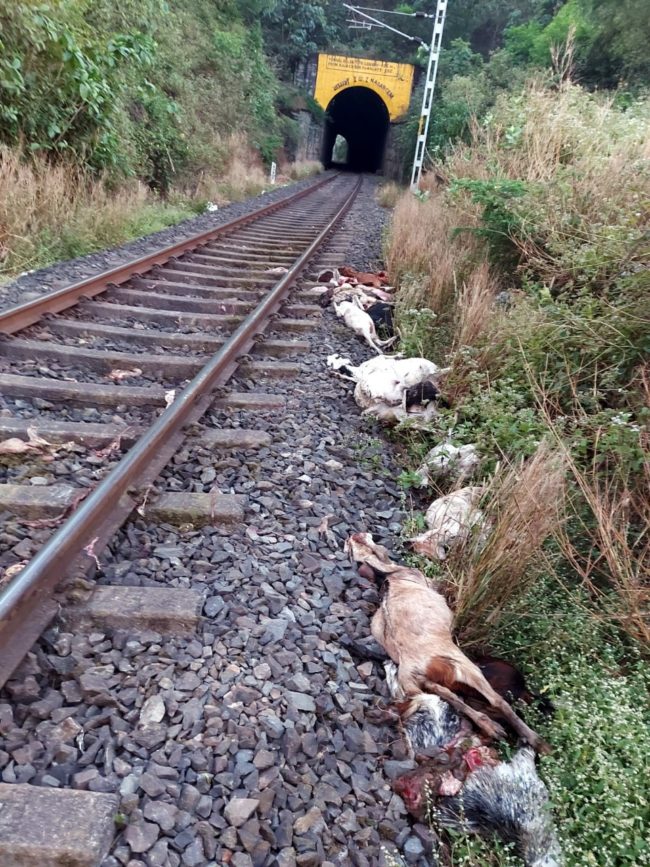 CANACONA – Over 42 Goats belonging to a resident of Sadolxem in Canacona got crushed under a Train near Gulem Tunnel late Thursday evening.
In an unfortunate incident, a herd of over 100 Goats taken for rearing in forest cover behind Hotel Sudarshan was being brought back and were reportedly crossing the Railway tracks. Over 42 Goats got hit by the train coming out of the Tunnel, as the shepherd couldn’t do anything.

According to sources, many of the Goats running all around on the sudden arrival of the train got hit by the running train and were thrown side of the tracks.
Most of the dead livestock got killed on the spot itself, even as the shepherd reportedly tried to rescue some of the badly injured one’s.
According to sources, in the absence of youngsters (Sons), an elder member of the Family was guarding the herd and didn’t realise the train arrived at the particular time of bringing back the herd to the camp area at Devabhag.

Sources further informed the Family, though residents of Sadolxem were camping with the herd at Devabhag fields as it was easy to take the herd grazing in the nearby Greenery.
It was an annual program of the Family at this time of the year to camp in the Devabhag fields and also sell milk to the customers, besides facilitating their grazing activities.