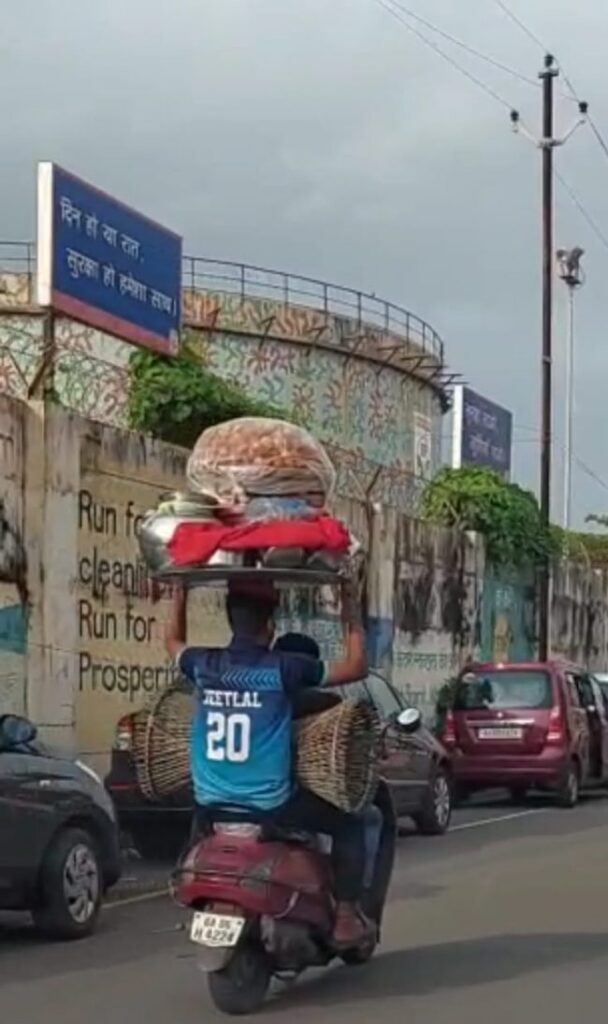 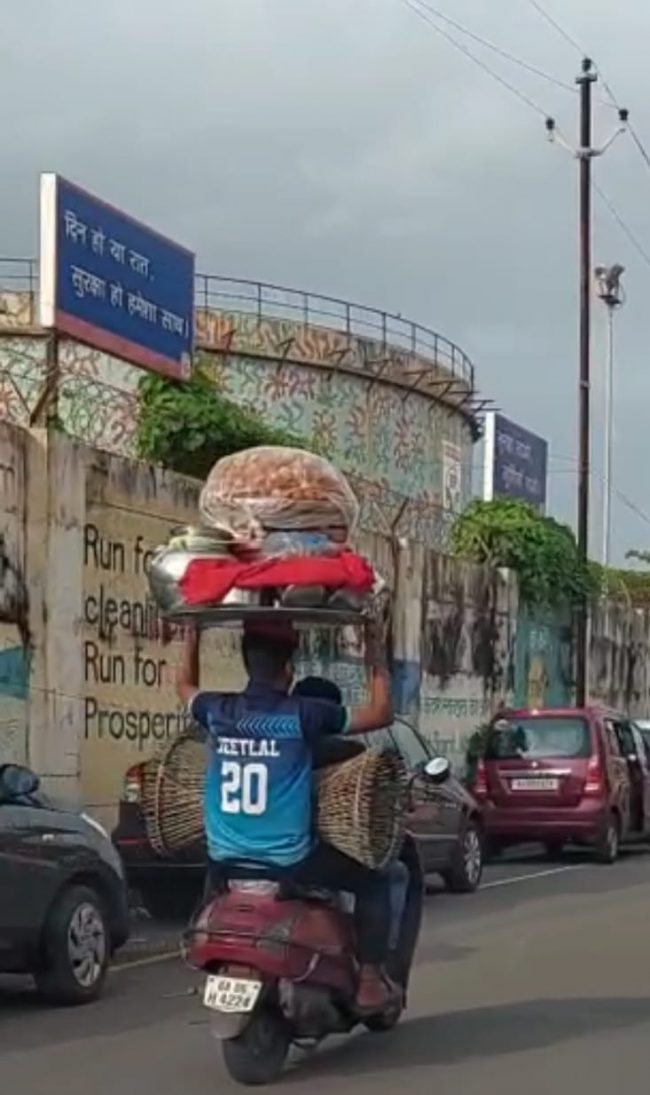 VASCO: Believe it or not, a Pani Puri wallah has stolen the limelight of the Annual Damodar Bhajani Saptah festival this year in Vasco.
A video of a makeshift Pani Puri walla carrying his stock of puris, Chutney, bhaji held on his head, and the other equipment like the base stand between him and a bike rider has gone viral on social media.
The video of the duo on the Activa bike was probably shot by a person driving a car along the same road and has already garnered thousands of views by netizens even as the video has been shared multiple times on several social media platforms like Facebook, Whatsapp and Instagram.
The 0.34-second video shows the makeshift stall Pani puri wallah moving along the FL Gomes Road and across the Cine Vasco – old Bus stand, much to the surprise of traffic police monitoring the heavy traffic of people arriving for Saptah.
While many netizens found the video hilarious, some have appreciated the man for his hard work and business acumen to set up a stall and make the most of the festival to set up shop and earn when he could.
Some have, however, expressed concerns over the video while advising the pani puri wallah to ride carefully and not to endanger the lives of others while also urging people not to shoot videos while driving just for the thrill of uploading the videos on social media