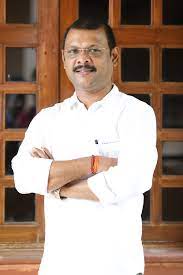 Goemkarponn desk
MARGAO: Independent candidate Deepak Pauskar’s supporters confronted and had a verbal spat with the residents of Arjuna Fondculi, Costi locals on Tuesday night during Pauskar’s door to door election campaigning.
Few residents when tried to question Pauskar on long pending civic issues, his supporters broke into argument.
In a shocking development on Tuesday night at a remote area named Arjuna Fondculi from Costi village, supporters of Sanvordem independent candidate Deepak Pauskar broke into heated verbal argument with the residents of Arjuna Fondculi who tried to question Pauskar on long pending issues from the area which includes untared mud road, poor illumination of streets, poor water supply, unemployment, installation of electric transformer, door to door garbage collection and so on during his door to door election campaign.
The incident took place after the long waiting residents for Pauskar visit felt that Pauskar should answer some questions related to the underdevelopment which the people have witnessed. When two residents put forth issues from the village, some supporters intervened and objected to the questions raised by the locals and started heated argument in favour of Pauskar. Sensing the annoyance among the local residents Pauskar and his supporters had abruptly finish the campaigning and leave the site.
Later, when contacted, the resident on the condition of anonymity said that it is shocking that the former PWD minister cannot take the questions and answer to his voters. If we were not allowed to seek our answers then why we were called for the meeting?, he questioned.
Another women, Trupti opined that when Pauskar was a minister in BJP he was inaugurating so many big projects but he failed to tarr 1 km road from area, to give proper illumination and basic amenities to the people of this village.
Another person said Pauskar has now realised that BJP has changed since Parrikar’s demise, after Pauskar was denied BJP ticket. If he cannot take our questions and his supporters are bulldozing our questions then what will be his behaviour if he becomes MLA again, he opined.
It may be recalled that, few days back on social media platforms several videos have gone viral in which the voters have questioned their MLAs for their poor performance. Similarly, people of Sanvordem constituency have been questioning Deepak Pauskar for his failure to bring relevant development in his constituency despite he was a PWD minister in BJP government. He has been seen taking the help of his supporters to safeguard himself from the wrath of his voters which they throw at him in the form of questions whose answers Pauskar is finding difficult to answer.