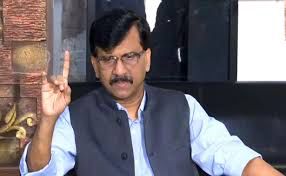 PANAJI: Shiv Sena leader Sanjay Raut today said that the phone tapping pattern of Maharashtra leaders is now being replicated in Goa.
“The way phones of Maharashtra leaders were tapped, the same Pattern of Phone surveillance is being replicated in Goa,” said Raut.
He further said that calls of Sudin Dhavalikar, Vijai Sardesai Digambar Kamat & Girish Chodankar are being tapped.
“Nation wants to know: Who is the ‘Rashmi Shukla’ of Goa behind this tapping?” He said
A week ahead of the results of the 40-seat Goa Assembly election, the Goa Congress has accused the Bharatiya Janata Party (BJP) of tapping the phones of senior Congress leaders while claiming that the BJP is resorting to underhand tactics as it knew it would lose the election.
Pradesh Congress chief Girish Chodankar also hit out at the Pramod Sawant-led BJP government for “misusing power” and snooping on the Congress leaders, including Assembly leader Digambar Kamat.
Two days ago, ahead of counting day on March 10, the Congress party accused BJP of indulging in phone tapping its leaders and candidates.
Addressing a press conference, Goa Pradesh Congress Committee (GPCC) President Girish Chodankar accused BJP of phone tapping its leaders and candidates.
He said that BJP adopted a similar strategy in Karnataka to topple the Congress government there.
“BJP has hired a private agency to tap the phones of Congress leaders and candidates. This is done illegally,” he said.
Chodankar said that if the BJP government is doing this on legal parameters, then make public names of all those whose phones are being trapped.
“We warn government officers who are involved in these illegal activities under pressure to stop immediately or face legal action,” Congress president said.