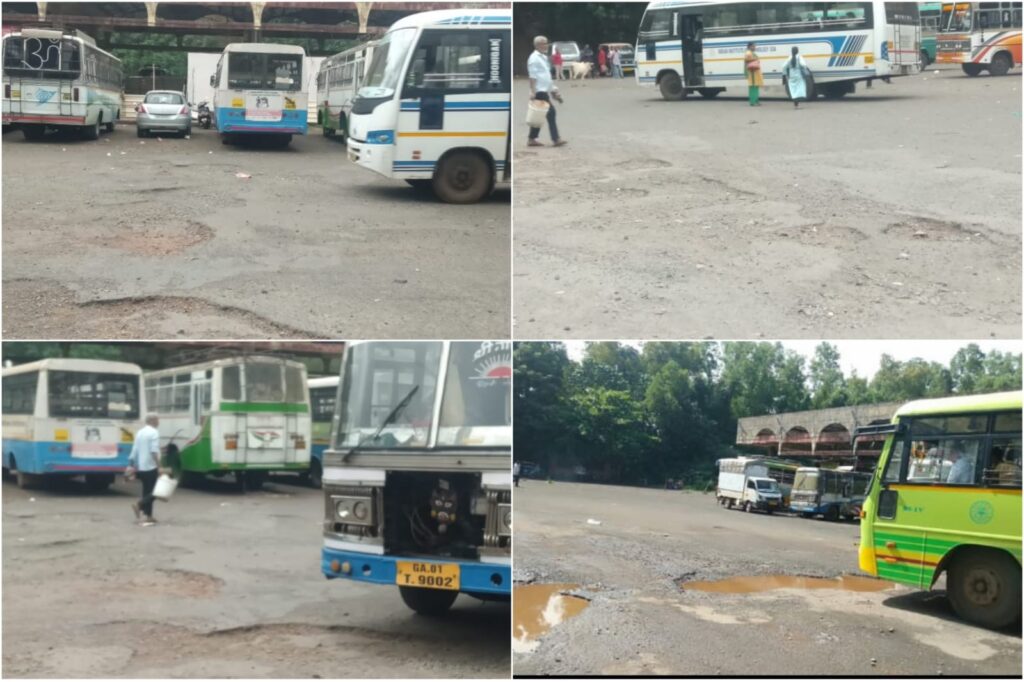 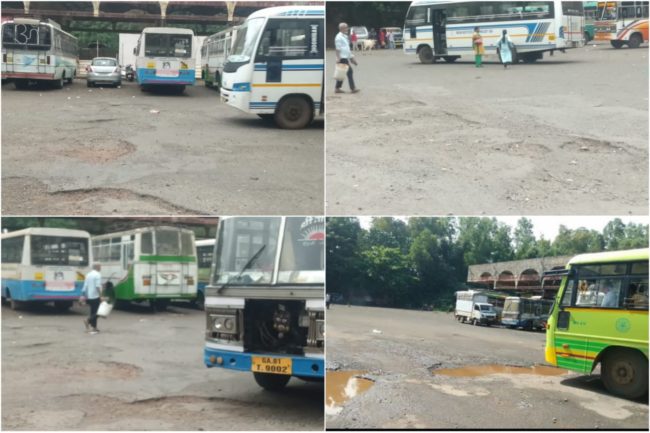 PONDA: With monsoons just around the corner, there is no sign of repairs of roads at the KTC bus stand.
For the past few months, there has been demand, and even the KTC control room informed PWD for repairs of bus parking and service roads road, but the authorities are unmoved.
The commuters, passengers, and bus drivers are irked over the neglect as the bus stand has turned into a death trap.
The commuters, drivers of buses, and passengers travelling demanded hot mix carpeting before monsoon for the safety of passengers, students, and bikers travelling on this road.
A visit to the bus stand reveals the thirty-year-old interstate KTC Bus stand Ponda is in a very sorry state.
Hundreds of buses and vehicles visit this bus stand, but it lies in a pathetic condition making it difficult for buses and commuters movement on the road.
The locals demand with Chief Minister to inspect the road, which is in pathetic condition due to lack of maintenance for several years.
Moreover, there is no painting on the bus stand, and a portion of the bus stand building is also collapsed.
Since its inauguration, its is never been maintained.
One shop owner said during the rainy season, he often feels very sorry when college students passing from KTC road often fall due to big pothole-ridden road at KTC premises.
He recalled that Chief Minister had promised to clear all potholes by November 1 and questioned what happened to his promise.
Meanwhile, when contacted, KTC Officials said that they had informed their higher officials about the pathetic state of the road at the KTC bus stand.
The Officials said on November 11, they had written PWD Division Eighteen for repairs of the KTC Bus Stand on war footing to provide relief to vehicles and passengers. However, they said it’s now four months there is no sign of improvement of the road at the KTC bus stand.