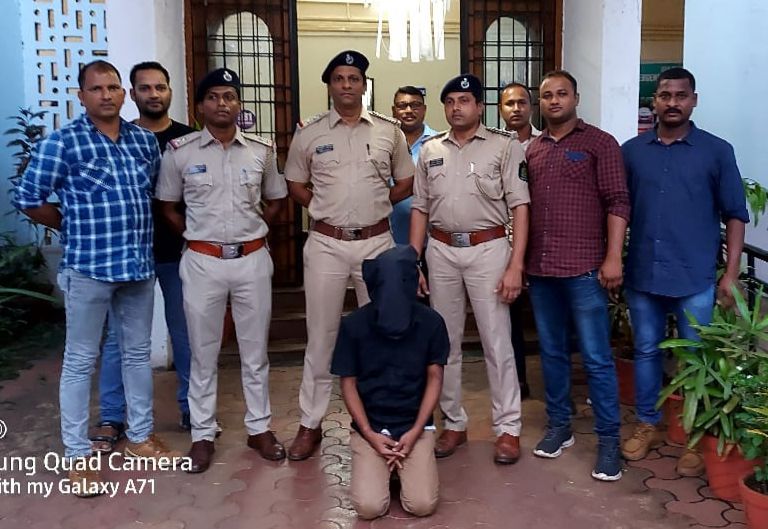 Goemkarponn desk
PONDA: Ponda Police arrested Kumar Ravi Shetty (34) from Shivaji Nagar Mumbai in connection with daylight flat burglary at Mandaleshwar Nagar Shiroda on May 25 this year, where culprits had effected an entry into house of Pragati Rupesh Naik by breaking open the main door and committed theft of gold jewellery and DVR set all worth Rs 18 lakh.
This is yet another success for Ponda police after detecting Curti and the lighthouse theft three days ago.
While investigating three theft cases at Curti Ponda, Police got more clues from the accused arrested, which led them to the culprit involved in the Shiroda daylight flat burglary theft case wherein Rs 18 lakh property was stolen, including gold jewellery in May this year.
According to Ponda PI Vijaykumar Chodankar, the accused is learnt to be the younger brother of Dayanand Shetty. He was arrested for house-breaking theft at Curti on 8 November this month.
Police earlier, based on CCTV footage, had tracked the two accused in Curti house breaking theft, including Dayanand Shetty, who confessed about his younger brother visiting Ponda and committing robberies in the Ponda area.
Accordingly, Police formed teams in Mumbai and arrested the accused person from Shivaji Nagar Mumbai. The accused confessed to his involvement in crime at Shiroda, and JMFC has remanded the accused to five days of police custody.