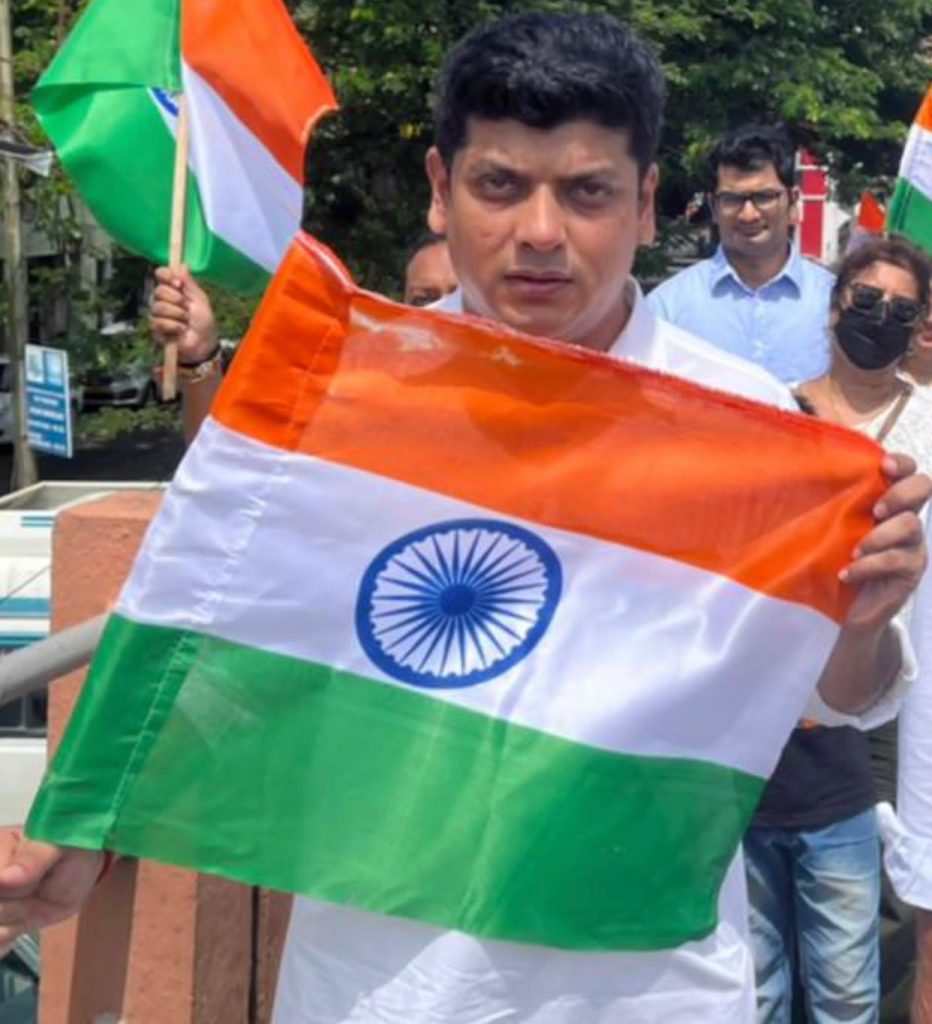 Goemkarponn desk
PANAJI: “It is most unfortunate that the Official Advertisement issued by the Government of Goa has deliberately not included the photograph of the First Prime Minister of India, Pandit Jawaharlal Nehru. We strongly condemn this act of the divisive BJP Government,” stated Congress President Amit Patkar.
Reacting to the Official Advertisement issued by the Government of Goa which has not included the photograph of the first Prime Minister of India, Pandit Nehru, Congress President Amit Patkar attacked Chief Minister Dr Pramod Sawant, taunting him to watch the video of Defence Minister Rajnath Singh praising Pandit Nehru & to Read History Books to understand the contribution of Pandit Nehru.
“I want to tell the Chief Minister, Dr Pramod Sawant, that contributions of the first Prime Minister Pandit Jawaharlal Nehru as well as other Prime Ministers like Lal Bahadur Shastri, Smt. Indira Gandhi and Rajiv Gandhi are reflected in the advertisement issued by the Congress Party today to commemorate 75 years of Independence. BJP Government cannot erase the achievements of the nation with its divisive politics,” stated Amit Patkar.
Patkar said Congress Party is proud to have our great leaders’ photographs holding Tiranga.
“We have documentary proof to show to the next generation about our leader’s contribution to nation building. It is sad that since BJP has nothing to show about their contributions, they are compelled to organise a “Silent March” to observe the “Horror of Partition”. This reflects negativity of BJP,” Amit Patkar said.
BJP has adopted to the legacy of “Maafinama” fame Vinayak Damodar Sawarkar who submitted Mercy Petitions before British Government. Therefore, Chief Minister Dr. Pramod Sawant repeatedly backtracks or withdraw his own decisions, claimed Amit Patkar.
He said the BJP Government has no right to use funds from State Treasury to push forward their own agenda using the Government machinery. The true face of the BJP got exposed before the people when the whole nation saw BJP leaders, including PM Narendra Modi, HM Amit Shah, and State President Sadanand Tanawade disrespecting national flag & national anthem, claimed Amit Patkar.