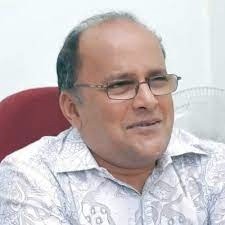 Goa has voted to elect its 40 new MLAs. With 301 candidates in the fray the people have had an assortment of candidates to choose from.

This time around there has been no straight fight in a single constituency but a multi cornered contest with five and more candidates in 38 constituencies while Siolim had the highest with 13 candidates followed by Chief Minister Pramod Sawant’s Sanquelim with a dozen in the fray.

We will now have to wait till March 10th for the counting of votes when 261 of the contesting candidates would lose this battle and have to try their luck in 2027.

In the run up to these elections, over the last two months we have seen aspiring candidates changing parties as never witnessed before, thereby taking the political turf to a very new low.

Politics was meant to be a mission but sadly it has ended up being now a business venture with crores needed to venture into an Assembly constituency.

In the 60’s and till the early 70’s we had to coax and convince people to contest but now things have drastically changed with candidates having to be coerced and lured to withdraw. Electoral politics has taken a full circle unfortunately for the worse. A very sad state of affairs which can only get worse.