* Says One Mr Sareen from Delhi is conducting illegal activities in an eco-sensitive zone without permissions, near the Turtle Nesting site 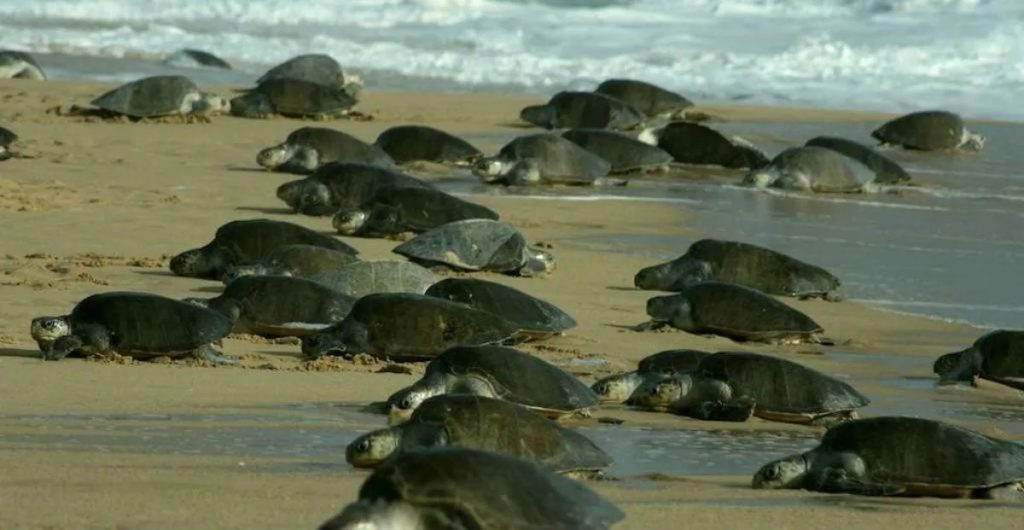 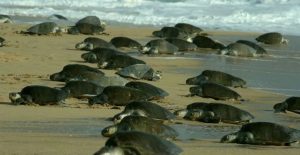 Goemkarponn desk
PANAJI: Minister for Town and Country Planning and Forests Vishwajit Rane has vowed to take strict action against the illegal construction and destruction of the Turtle Nesting site in Morjim.
“…in our bid to protect and preserve the picturesque environment of #Morjim, #Ashvem and #Arambol. Activities are taking place without permission and the destruction of sand dunes is taking place, as a result of which the department is forced to act and protect these zones,” Vishwajit tweeted.
He said that as per the discussion with research scientist Mr. Dongre, whom we have requested the Govt of India to depute at Goa Forest Department, has conducted extensive research on No Take Zones and areas for not allowing development.
“Survey No 122/1-A and Survey No 122 will be frozen. Any kind of development is prohibited. The survey numbers for No-Take Zones will be disclosed in the manner in which we are proceeding. Turtle Nesting sites as well as the areas surrounding must be protected at all costs,” he added.
Vishwajit said that the Town and Country planning department has a hawk’s eye view to all illegalities taking place in the state of Goa.
“Necessary action will be taken against those involved in illegal activities and carrying out construction without permissions,” he said.
Further, he said, the Forest Department will adopt and strictly implement the report prepared by Research Scientist Mr. Dongre on No-Take zones and conservation areas to be notified by the Forest Dept. More emphasis will be placed on areas near Turtle Nesting Sites.
Rane said that despite numerous inspections and stop work orders, one Mr. Sareen from Delhi is conducting illegal activities in an eco-sensitive zone without permissions, near the Turtle Nesting site, next to Casa Praya in #Morjim (Survey No 122/1A Morjim).
“I have instructed the Goa Forest and the Town and Country Planning Department to take appropriate action. Permission will not be given for any kind of construction at Survery No. 122/1A, as this is part of the No-Take Zone,” he said.
“People who violate #sensitive and #ecosensitive areas, particularly those who violate the TCP Act and the Forest Act, will face harsh penalties. Such violations of the people where they take the government for granted will not be tolerated,” he said.