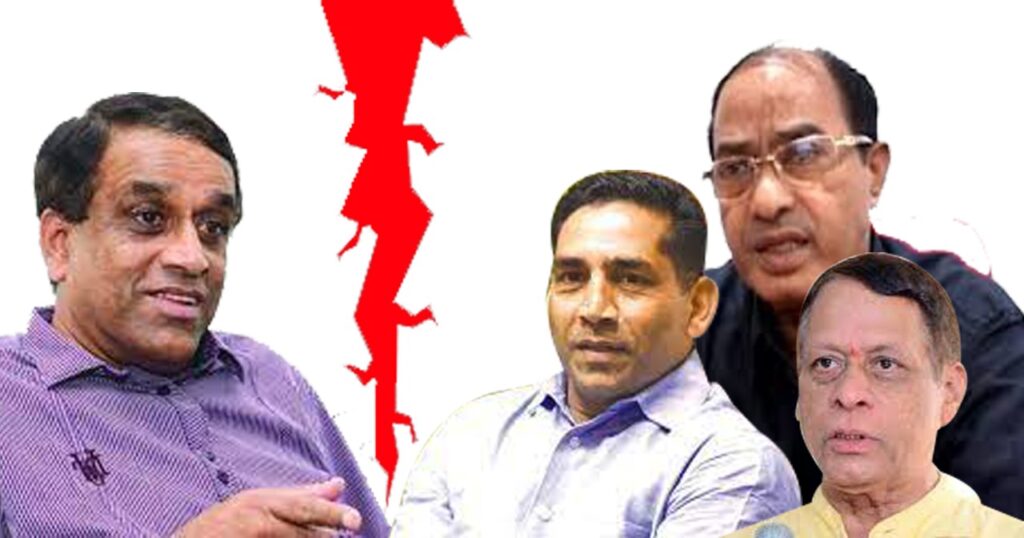 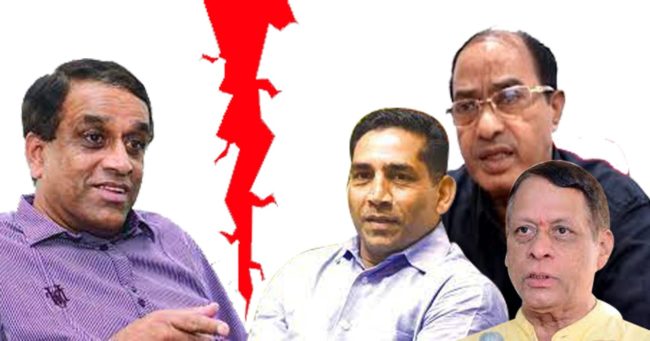 Goemkarponn desk
PONDA: In the last two months, Goa has seen several political arithmetics for the forthcoming polls in 2022.
While Maharashtrawadi Gomantka Party has tied up with teh Bengal’s Trinamool Congress (TMC), the other regional outfit Goa Forward has forged an alliance with the Congress.
Interestingly, this morning former Ponda MLA Lavoo Mamledar, who had joined TMC a few months back, resigned from the party over the Mamata Banerjee led to the party’s alliance with MGP.
However, sources tell Goemkarponn that Lavoo Mamledar is in talks with the BJP and could be joining the party along with Govind Gaude.
It is being said that former Ponda MLA Ravi Naik, who joined BJP recently, has brought Priol MLA Govind Gaude and Lavoo Mamledar in BJP.
Sources state that Lavoo will contest Marcaim against Sudin Dhavalikar.
Govind Gaude also announced that he would decide to join any party after New year.
When questioned today, Mamlatdar has replied that he would consider joining BJP if an offer comes.
“I do not want to join any party which promotes Family Raj. If an offer comes from BJP, I can consider it,” he said.

Majority of the people from Ponda taluka are certain that Maharashtrawadi Gomantak Party (MGP) MLA Sudin Dhawlikar will win in Marcaim even if he is pitched against a national leader in Marcaim during the assembly election.
Only BJP’s Ravi Naik can take the bull by its horn by deciding to contest from Marcaim and defeats Dhavlikar this time.
Locals feel that Sudin is sure of winning, no matter who contests against him in Marcaim, as it has almost become a fortress of MGP’s Lion.
The voters may seem overconfident in reacting so sharply, but it is also a fact that Sudin did not face a strong rival candidate in all the successive elections. Therefore, people often feel that if only Bahujan leader Ravi Naik contests the coming election, he could pose a challenge before Sudin.
Ravi Naik now joined BJP, and if he contests on BJP ticket from Marcaim, people feel that it could be one of the high voltage battles. But Political pundits feel that Ravi is strong and safe in Ponda, so he would not go to Marcaim to contest against Sudin. Hence Ravi wants a Bahujan Samaj leader Lavoo Mamlatdar to contest.
Interestingly, Ravi enjoys good support in Marcaim, and so does Govind Gaude, who resides in the constituency.
Lavoo does not have a base in Marcaim as he stays in Porvorim, but he may spring a surprise with Ravi and Govind’s support.
The Marcaim constituency has always remained a citadel of MGP. However, in 1994 when the alliance was formed, the seat was given to MGP – BJP candidate Shripad Naik, who became a giant killer by defeating Congress candidate and former CM Ravi Naik.
Thereafter, since 1999, Sudin Dhavlikar has consecutively won all assembly elections from Marcaim.
Over the past two decades, Sudin has become a popular leader and has made a record of winning elections on the MGP symbol with record votes. The reason for his victory is he remains in contact with his voters throughout the five years, and at times of emergency when he realizes that his voter is in distress, whether it is a natural calamity, health problem or any other problem, he is always there for his voters help. Thus many may be surprised, but it is a fact that there is even no need for Sudin to conduct a door to door campaign at the time of the election, and since the past few elections, he did not feel the need for the door to door campaign, but he reaches to his voters through corner meetings or public meeting in every village at Marcaim.