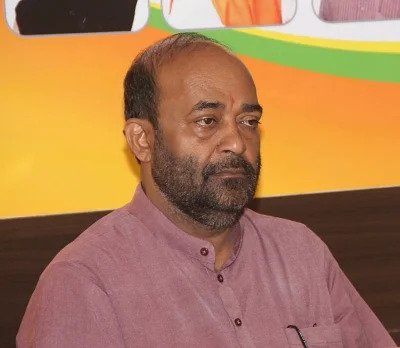 PANAJI: BJP Rajya Sabha MP Vinay Tendulkar has said that he was ready to contest from Sanvordem if party is ready to give him a ticket.

“I am ready to contest for upcoming assembly elections for Sanvordem constituency if party is ready to give him a ticket,” said Tendulkar

He further said that he was ready to resign as Rajya Sabha MP. I don’t want to continue in active electoral politics after five years,” he said

Tendulkar had contested from Sanvordem constituency in 2007 but lost to independent candidate, Anil Salgaocar. Before that he was a two time MLA.