We will give fresh face to Curtorim says Digambar Kamat 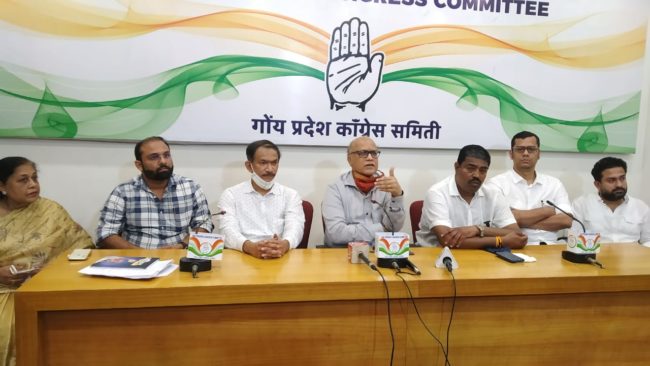 “Reginaldo has taken a has take a suicidal step by quitting the party. We forgave him when he met Devendra Fadnavis and AAP but still he quit. We will give Congress a fresh face in Curtorim,” said Digambar Kamat

He further said that Congress Party has successfully faced many storms, floods and tsunamis, our functionaries have strength and mettle to defeat opportunists.

“Congress Party is here to form Government in 2022. I am committed to lead Congress to a thumping victory,” he added

AICC In-Charge for Goa Dinesh Gundu Rao said, “People who do things selfishly and betray trust will face the consequences. After taking whatever he could and misleading us till the last minute, if he could lie and cheat us , I’m sure the voters of Curtorim will teach him a befitting lesson” . “Congress is undeterred and unfazed,” he added.

Meanwhile, GPCC president Girish Chodankar said that Lourenco’s move was “selfish” and that the Curtorim block committee would meet to discuss the way forward. “We have many options,” Chodankar said.

“These are selfish leaders who put self-interest over that of others. They have no clarity and vision. They joined the party out of selfish interests,” Chodankar added

“We had expected that this time he (Lourenco) would show some maturity and overcome his childish ways. But he has disappointed (us) again. For many people, this may not be shocking,” said Chodankar who added that Lourenco was “shaky” even before the 2017 assembly elections.

* Says the central BJP leaders will decide whether to give MGP a place in the cabinet or not * Reject allegations of local ... Read More

Margao/Panjim - Congress Party has always respected the women and our governments have always taken initiatives to empower the women in the country. I am ... Read More

Goemkarponn that PANAJI: The Maharashtrawadi Gomantak party (MGP) is still open for alliance with regional parties including AAP; however, will not compromise on 16 seats, ... Read More