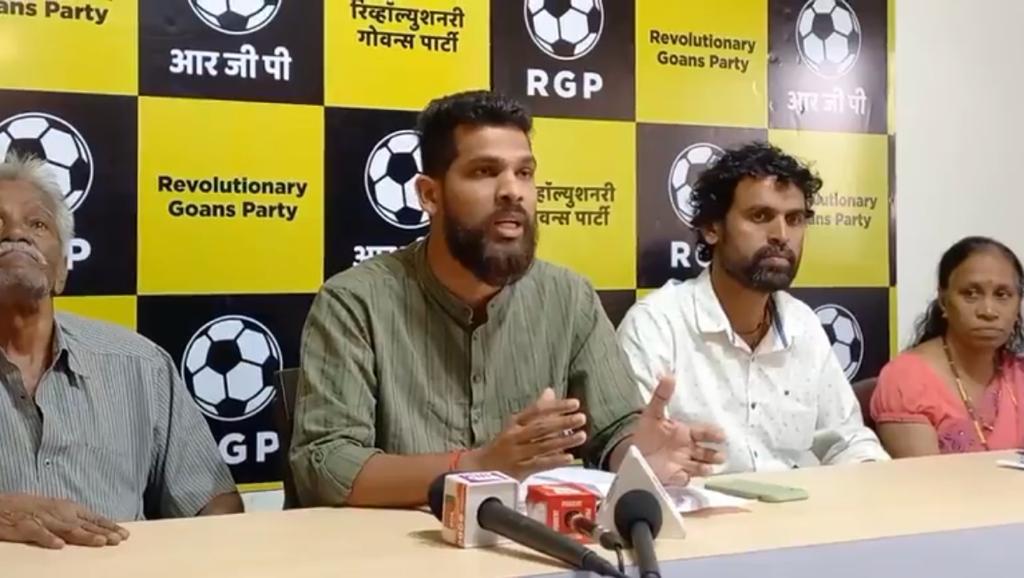 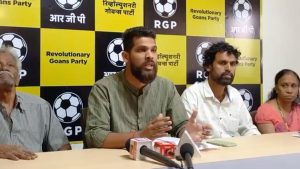 Goemkarponn desk
PANAJI: Revolutionary Goans’ St. Andre MLA Viresh Borkar has demanded justice for the Freedom Fighters’ children on the job assurances given to them by the Government.
The Children of Freedom Fighters have threatened to go on hunger strike if their demands are not fulfilled by December 19.
The Children of Freedom Fighters have also demanded a one-time settlement for those who have completed 55 years and are ineligible for government jobs now.
Addressing a press conference, Viresh Borkar said that there is a grave injustice on freedom fighters’ children.
“People have seen that the freedom fighters sacrificed their life for Goa’s liberation, but even 60 years after liberation, they have not got their rights,” he said.
Borkar said that several governments came and went, yet the children are awaiting justice.
“Every Government has just given them fake assurances, and their fight for justice continues. The CM had promised them job security and at least one person in the family would get a government job, but that still needs to be fulfilled. Many of the freedom fighter’s children have crossed 50 years now. How will they get jobs?” he asked.
On December 24, 2021, The Government, through the Department of Personnel and Home Department, distributed recommendation orders for government Jobs to 115 beneficiaries at a function held at Secretariat Porvorim today. These orders were issued under the Social Security Scheme implemented by the Government in the interest of those who have lost their earning membership while serving in Government Departments and under the CFF (Children of Freedom Fighters). A total 55 beneficiaries were given the letter under the Social Security Scheme, and 60 beneficiaries of CFF Children of freedom fighters. Chief Minister Dr Pramod Sawant, who distributed the orders speaking on occasion, said that while celebrating the 60 years of Goa’s liberation, the Government is constantly working to resolve various issues concerning the society. He said, today, we are distributing 60 orders of Government jobs to children of Freedom fighters.
He informed that a list of 160 candidates is still pending, and from this, the Government will provide 15 more orders of Government Jobs to the beneficiaries soon, and the remaining 140 beneficiaries will also get the orders in the next six months.