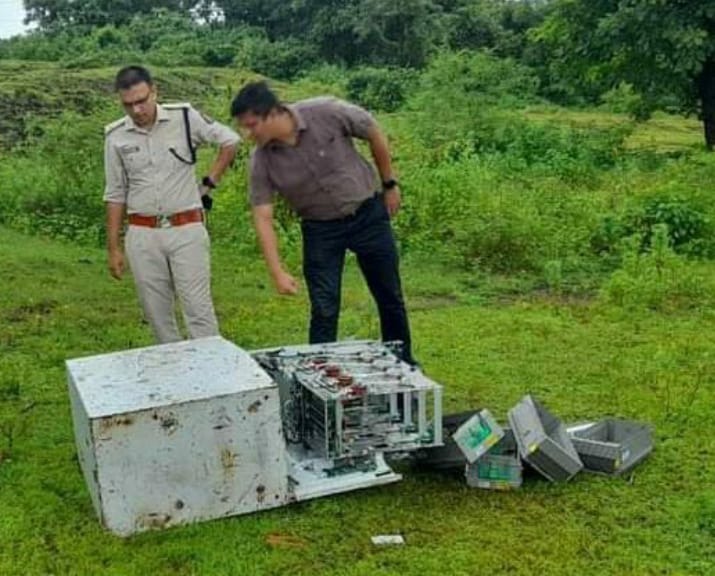 Goemkarponn desk
PONDA: On the backdrop of the Chaturthi festival commencing on 31 August, the thieves have posed a big challenge before Police to stop them after they committed four theft cases on a single day in Ponda.
These thefts are a talking point and have spread panic at Ponda and in entire Goa.
It appears that the thieves are operating in groups as an attempt to steal the ATM was seen wherein a good force is required to steal them.
Viraj Sapre, a local, says there is badly need to install CCTV in future on major roads, junctions and villages. With no proper CCTV in place, Police too become helpless in detecting crimes.
Vishal Fadte said Police must prevent theft and locals should take proper care to protect hard earn money and gold. He also stressed CCTV installations in cities and villages.
It may be recalled that a few days back, in four cases the thieves decamped with Rs 13.40 lakh from ATM, 10 lakh worth of gold ornaments, besides theft of chain snatching and attacking a shop owner at Mardol. The thieves are also targetting women and their chains in lonely spots.
Not only ATMs and Temple theft, several chains and mangalsutra incidents are reported on internal roads in Nagueshi, Querim and Priol areas. Recently a girl was attacked at Curti, and the chain was robbed by bullet rider.
The people are panicking because of the incidents of theft one after the other in the past week. What is special is that these thieves are not limited to breaking into flats in cities, but now they have targeted rural areas as well.
Minister Ravi Naik himself has expressed his concern over the increase in thieves in the rural areas and has demanded the Police maintain security in the rural areas.