Will take this logical conclusion as citizens are burdened with this hike, says Durgadas Kamat 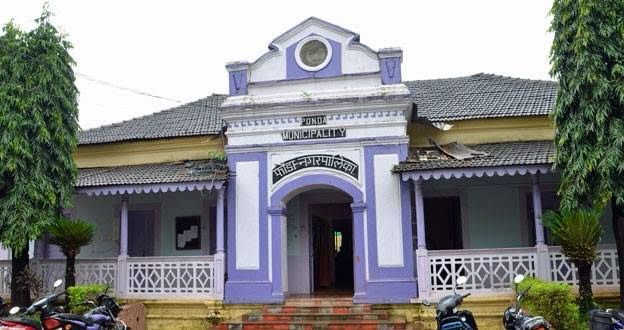 Goemkarponn desk
PONDA: Goa Forward Party writes to the CO of Ponda Municipal Council (PMC) demanding to roll back the hike in house tax and tax on commercial establishments.
Goa Forward General Secretary Durgadas Kamat said that he will take this logical conclusion as citizens are burdened with this hike.
“Such a decision will increase the burden on the citizens living in Ponda. The PMC has more than doubled the House Tax from Rs 7 per sqm to Rs 15 per sqmts while tax on commercial establishments was hiked 400% from Rs 20 to Rs 100,” said Kamat.
He further said that new homes will have to pay Rs 50 per sqm from the earlier Rs 7 per sqmts for an occupancy certificate, while new commercial spaces will have to pay Rs 206 per sqm.
“Ponda Municipality had increased the tax just three years ago. So, what is the reason for this revision in tax in just three years? 2. What additional facilities have the PMC provided its citizens in the last three years to warrant this hike?” questioned Goa Forward.
Kamat said that public facilities are provided to citizens from common taxes. He said the public is made to pay for these facilities separately, such as sewerage fees, garbage fees, street light fees etc.
“This has increased the financial burden on Goans. While their salaries have remained the same, inflation and increase in Government taxes and fees are eroding their earnings and savings. The PMC thus should refrain from adding to their misery,” he added.
Meanwhile, Goa Forward has appealed to the PMC to roll back the decision to increase House Tax and Tax on commercial premises.