RSS chief Mohan Bhagwat arrives in Goa; to attend a program in Nageshi 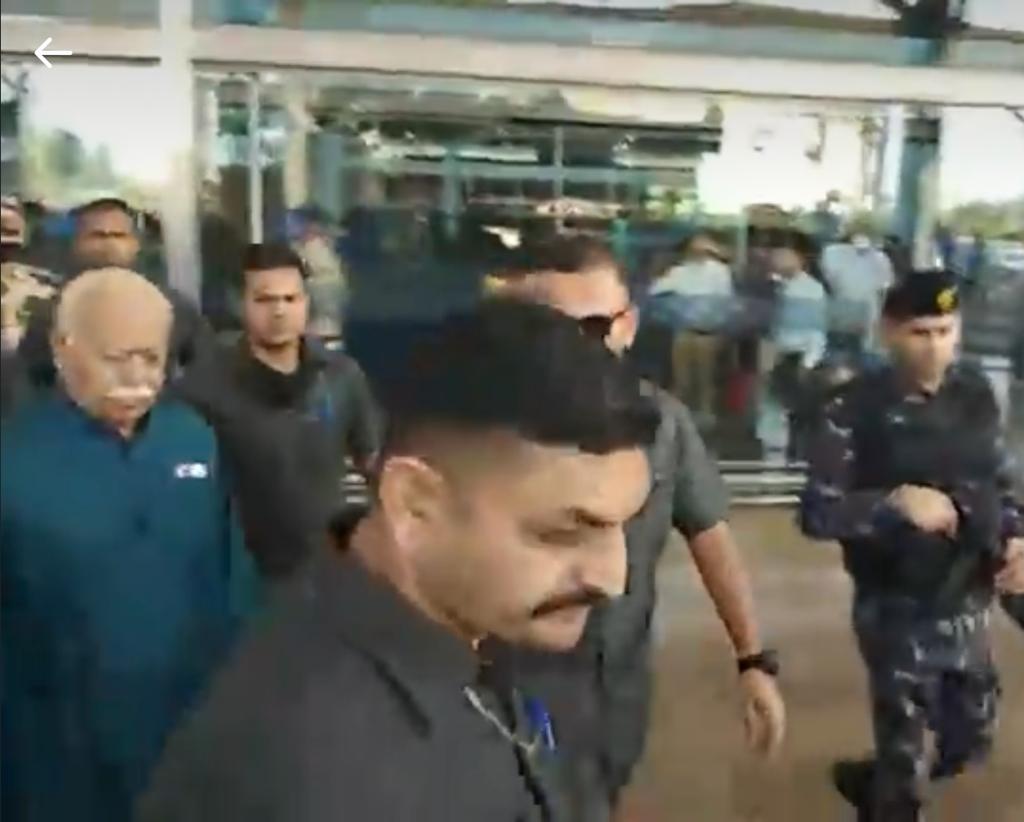 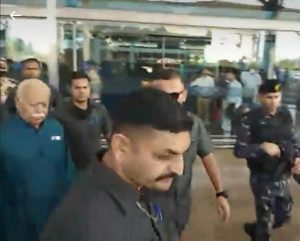 Goemkarponn desk
VASCO: Rashtriya Swayamsevak Sangh (RSS) Chief Mohan Bhagwat arrived in the state on Monday afternoon.
Bhagwat will attend a meeting at Nageshi in Ponda during his tour of Goa.
Sources added that Bhagwat will be a part of a four-day all-India-level meeting session at Nageshi.
“The program will be attended by Shakha Pramukh and other high-level officials of the RSS. Last September, there was another all-India level meeting session at Raipur, and there will be discussions and reviews of that program as well,” said sources.

Members and heads at the national level of other organisations like Vishwa Hindu Parishad, Bhartiya Mazdoor Sangh, BJP, Vidhyabharati, Bhartiya Kisan Sangh, etc. be present for this meeting.
“Besides this, Bhagwat will also be guiding Goa RSS members on 7th January as well,” said the source.