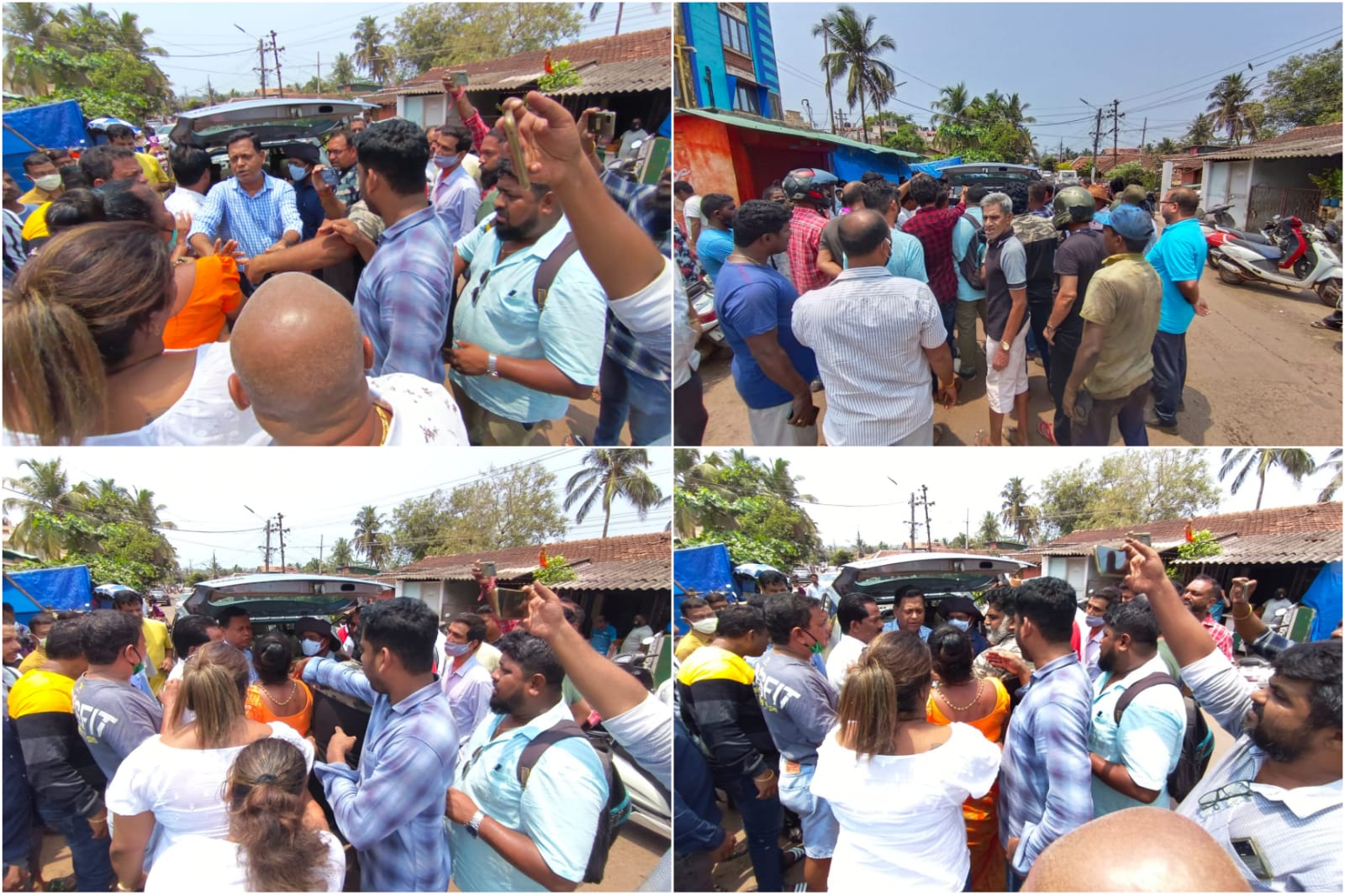 VASCO: Tense situation prevailed at Khariawado, Vasco, after some angry fishermen and women confronted the GCZMA members who had come to inspect the Khariwado area for jetty project purposes.
The situation became tense at Khariawado Vasco on Tuesday morning after some residents from the fishing community confronted the Goa Coastal Zone Management Authority members who had come to conduct a site inspection at Khariawado for some jetty project.
Angry people questioned the GCZMA members about why they came to Khariwado and what kind of inspection they undertook.
The members of GCZMA were shocked to see the annoyance of the locals and later left the site.
Later, speaking to the media, Viriato Fernandes of the Congress party said that they were informed by the GCZMA members that they had come for the site inspection of the jetty project that the MPA had asked for.
Fernandes further added that the residents of Khariwado were shocked to see the authorities coming for the inspection, and the locals were not informed, nor any notice was issued to them about this inspection. He said that this is being done in the interest of some crony capitalists.
Fernandes also claimed that it is contempt of court by the GCZMA when the Advocate General of Goa has submitted to the High Court that no development or activity in the coastal belt of Goa will be done until the CZMP plan 2021 is finalised and implemented.
Local Councillor Mathias Monteiro from Khariwado opined that such a move by the GCZMA is against the local residents. Khariwado fishermen were kept in the dark about this inspection, and therefore, people were shocked and annoyed.

Goa Housing Board paid penal interest of Rs 70.69 lakhs due to lack of tax planning & non-compliance

Goemkarponn Desk PANAJI: Comptroller and Auditor General of India (CAG) has said that Goa Housing Board did not comply with the provisions of Income Tax ... Read More