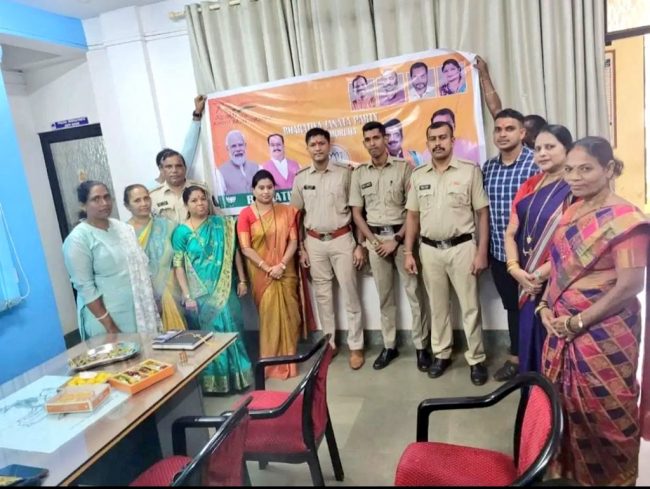 Panaji – When on one side the BJP Government is appealing to people to celebrate Azadi ka Amrut Mahotsav, on the other side Saffronisation of Police Department has begun in Goa. The blatant misuse of power by Anjuna BJP Mahila Morcha President & others by putting up BJP banner at Anjuna Police Station is direct evidence of the same charged Youth Congress President Adv. Varad Mardolkar.

We demand that the Chief Minister who holds the Home Portfolio must explain this high handedness of the BJP Functionaries and apologise to the People of Goa for misusing the Government machinery for taking political mileage.

We also urge the Director General of Police to take serious cognizance of the gross violation of norms by the Anjuna Police Inspector and suspend him immediately for his direct involvement in doing propoganda of BJP, demanded Adv. Varad Mardolkar. 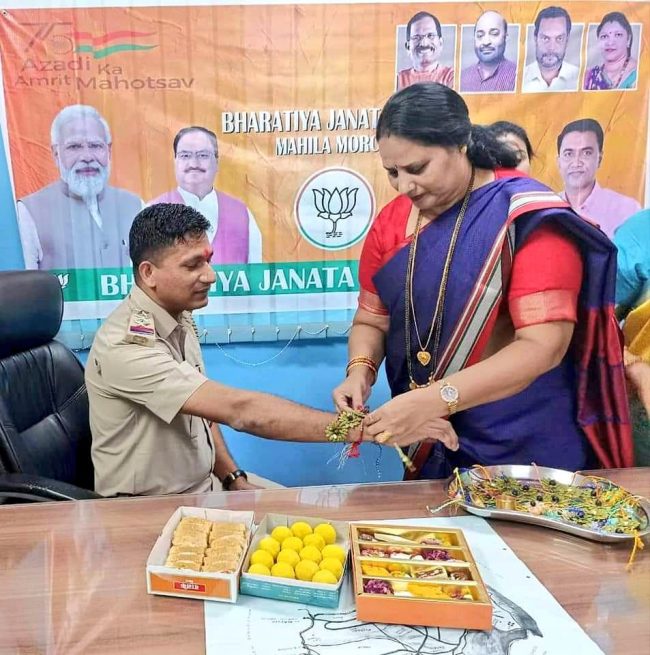 nner to be displayed at Electricity Departments Office at Anjuna.

It is shocking to see Anjuna BJP Mahila Morcha President Pooja Chodankar, ZP Members Niharika Mandrekar and Sanisha Toraskar along with others putting up banner at a Police Station & Electricity Department during Raksha Bandhan Celebrations.

Government Machinery cannot be used to take political mileage. The Culture of BJP is of high handedness & muscle power. Police Officials should know that their duty is to protect entire Citizens of the State and not BJP Parivar Adv. Varad Mardolkar said.

We also want the BJP President Sadanand Shet Tanawade to take strict action against the Mahila Morcha Office Bearers and other BJP Functionaries who misused the Government Premises for conducting Party’s political function.