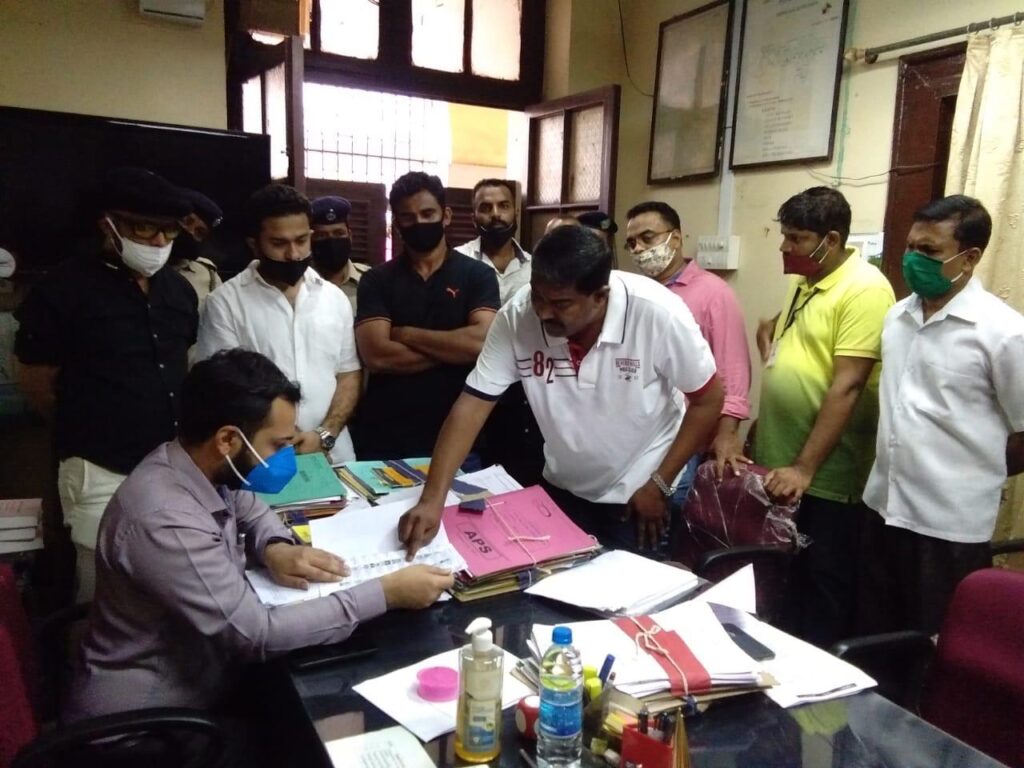 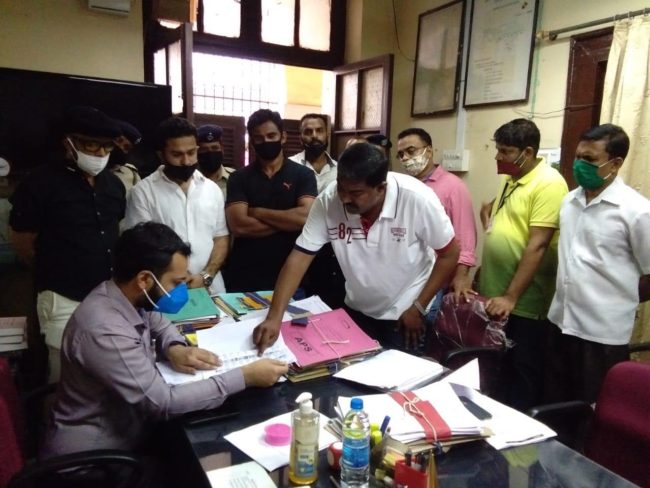 Mormogao: Believe it or not, a dead person has raised objection on an online platform to delete around 14 voters names from the Mormugao Constituency electoral list.

GPCC Vice President Sankalp Amonkar along with other office bearers Varad Mardolkar, Janardhan Bhandari and others along with around 100 people on Tuesday evening arrived to Dy Collector Sachin Desai to raise the objections over the attempt to delete the names of valid voters using fake protestors.

Amonkar speaking to media alleged that there were 29 BLOs out of which 21 were employed with the electricity department and working at the behest of the Urban Development minister Milind Naik. Amonkar after submitting a memorandum to the Dy Collector also said that deletion on a large scale were only happening in Mormugao constituency especially in Baina area through fake objectors where anybody can object anybody .

Amonkar pointed out that while objectors names were blank , names were also being added at random and in a house having four members, there were additional many names added in the same house.

Amonkar said that the process to delete voters in mormugao Taluka was a fraud because while one person who had died ten months ago had raised objection to delete the names of people who were actually living in the area.

Amonkar also said that he had personally called many objectors and realized that some people were from places like Nashik in Maharashtra and some had claimed that they had never objected though their names and mobile number were registered in the online system as an objectors.

Amonkar said that the names of Christian ,Muslim and Non Goan voters were attempted to be deleted at the behest of BJP councillors