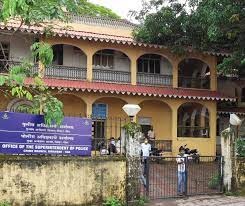 PANAJI: The Special Investigation Team (SIT) has arrested Mohammad Sohail Safi in connection with the Assagao illegal land grabbing case.
This is the second arrest made by SIT in the land grabbing case. Vikrant Shetty was the first to be arrested.
“We have decided to strengthen the SIT constituted for investigating illegal land grabbing/transfer cases by adding 22 more officials to the Team,” said CM Sawant.
He further said that his government would leave no stone unturned to get to the root of the matter and book the culprits.
“There are many complaints in the police department about the fraudulent sale of land. The Archaeology department has also filed similar cases, as well as the registration department, which has received complaints about the sale of land with forged documents. There are around 60-70 cases. It is a huge land scam,” Sawant added.
He said that in some cases, government land has also been transferred; we have come to know about this too. All these cases will be given to the SIT, and they should conduct a thorough investigation.
The Special Investigation Team (SIT) of Goa Police, constituted last week to exclusively probe into land grabbing cases, made its first arrest in the case on Saturday.
The team had arrested one Vikrant Shetty from Gogol, Margao. The SIT has taken up an investigation of two offences of land grabbing/transfer or land through forged documents.
After forming, SIT has taken up an investigation of two cases. On 18/06/2022, after interrogation, SIT found the involvement of the accused person, namely Vikrant Shetty, in the said crime, and accordingly, he was placed under arrest on 18.06.2022.
He said that prima facie, at least 60-70 properties in the North Goa district were found transferred in the name of prospective buyers through forged documents.
Valsan said that so far, seven complaints from across Goa in various land grabbing cases have been received. “People have started complaining, and I think that more people will come forward,” said Superintendent of Police (crime branch) and head of SIT Nidhin Valsan said
Days back, Crime Branch had registered a case against Luiza Fernandes, Caetano Fernandes, Meena Ramakant Naik and others from Durbhat-Ponda, along with the former director of archaeology, then case officer and sub-registrar of Bardez, in a land grabbing case.
The SIT has gathered various leads resulting in his arrest, with more arrests of fraudsters likely in the coming days.
The Goa government constituted SIT to investigate various complaints and FIRs pertaining to the matter.