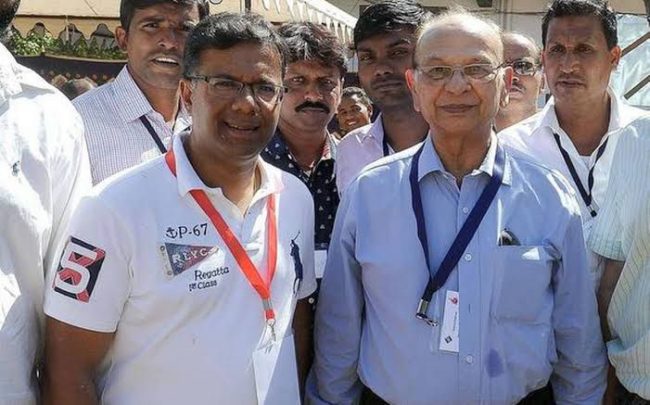 Goemkarponn desk
VALPOI: Poriem MLA Pratapsingh Rane today informed that he will be contesting the upcoming elections in 2022 on a Congress ticket.
“All the block committees and my well-wishers today met me and told me that I have to fill up the nomination for the elections. I have decided that I will contest the upcoming elections,” said Rane.
He further said that he would fight the elections on a Congress ticket.
“I have been the MLA for last 50 years and I have worked for the people of my constituency; there are many issues today that mining and unemployments which needs to be resolved,” he added.
On the other hand, Vishwajit Rane claims that he has spoken to BJP State President Sadanand Tanavade to contest from the Poriem constituency.
“My father should gracefully resign after 50 years in politics. There is always disconnect of his with youth,” Vishwajit said to a local news portal
Rane yesterday said that his father, Pratapsingh Rane, has had his inning, and his sympathies are no longer with the GPCC President Girish Chodankar.
North Goa District Congress Committee and youth had requested Former Chief Minister and senior politician Pratapsingh Rane to contest the 2022 Assembly Election since the youth contesting need guidance and support of such a senior leader as an advisor.
Also, Senior BJP leader and Goa poll in-charge Devendra Fadnavis had claimed veteran Congressman and former chief minister Pratapsingh Rane might join the ruling party in the coastal state.