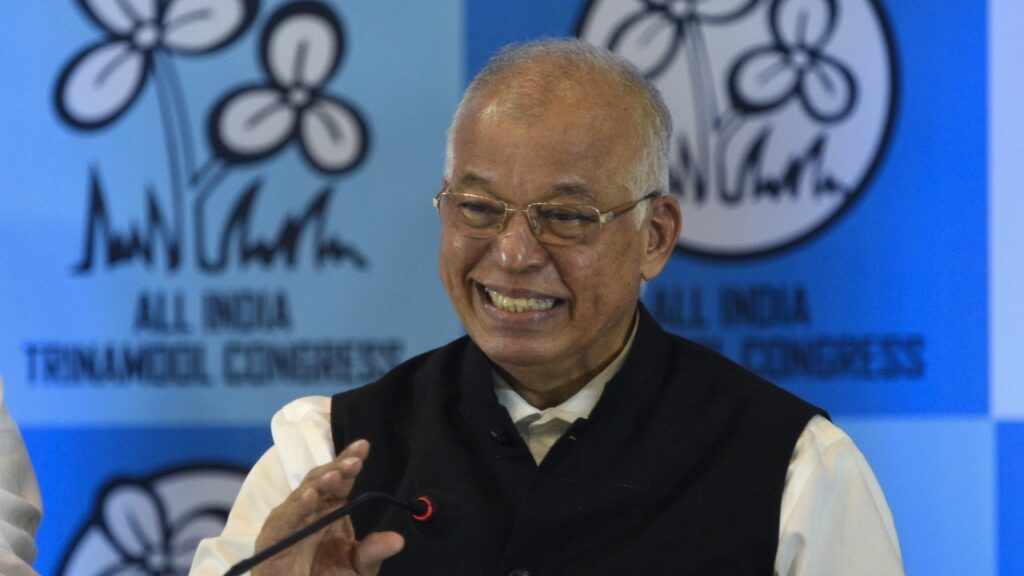 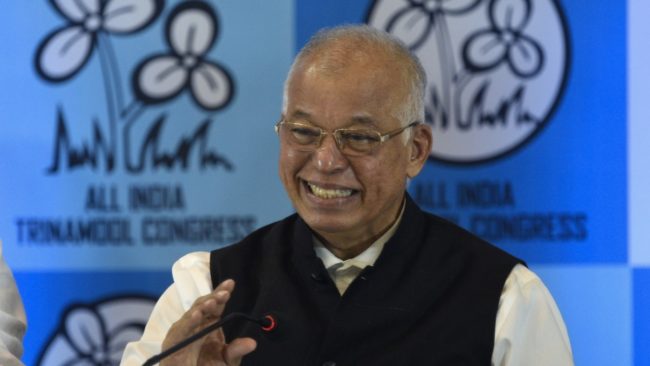 Goemkarponn desk
MARGAO: Trinamool Congress Rajya Sabha MP Luizinho Faleiro has backed out from contesting assembly elections on a TMC ticket from Fatorda.
TMC announced the name of Adv Seoula Vaz as the TMC candidate in Fatorda.
Earlier, TMC had announced ex Navelim MLA Luizinho Faleiro as candidate for Fatorda. Faleiro was upset with the party for fielding him in Fatorda without consulting him.
Finally, the party respected the senior leader’s sentiments and allowed him to withdraw from the race.
“I announce my withdrawal as Goa TMC candidate from Fatorda and hand over the baton to a young woman advocate. That has been the policy of the party – to empower the women,” said Luizinho Faleiro.
According to Faleiro, he has taken the decision after ‘could not do justice’ in the last election. “My earlier experience says that when I fought the election last time, we could not do justice to them. To replace me, we have a very able Flora, who will represent the Fatorda constituency,” he added.
He said he had consulted the party leaders before stepping down as Fatorda’s candidate. “I’ve taken this decision after consulting our party’s national chairman because I would like to fight and campaign all over Goa for all the TMC candidates so that they can perform well,” said the Trinamool’s National vice-president.

Luizinho slams Lobo…
Trinamool Congress party leader Luisinho Faleiro claimed that MLAs like Micheal Lobo, who joined Congress with the loaded bags, will not remain with the Congress party after the election. Faleiro praised the TMC’s decision for allowing Seola Vaz, lawyer, to contest from Fatorda after Faleiro withdrew his candidature from Fatorda.
During a press conference held in Margao by TMC, TMC’s national vice president Luisinho Faleiro raised his doubt that the MLAs like Micheal Lobo, who has joined Congress with the loaded bags, claim to give 8 to 9 seats to Congress. Do you all think Lobo will remain with Congress after the election? Faleiro questioned.
He further appreciated the decision to announce Seola Vaz lawyer to contest the election on TMC’S ticket from Fatorda. Faleiro said that the baton should be given to the young; fresh faces will be crucial in decision-making in the affairs of the state.
He also said that TMC is for women empowerment by giving such an opportunity to a woman candidate in Fatorda.
TMC Fatorda candidate Seola Vaz also expressed that she is ready to take on Fatorda’s MLA Vijay Sardesai this time.
TMC Goa state in charge Mahua Moitra also replied to some reporters’ questions and said that Vijay Sardesai enjoyed the power and perks after getting elected last time from Fatorda and who went on to join hands with BJP. So this time, he cannot fool the people of Fatorda.
Faleiro, on a concluding note, warned the voters of Fatorda to observe the game plan of BJP, Congress and Goa Forward party and vote for TMC candidate this election.