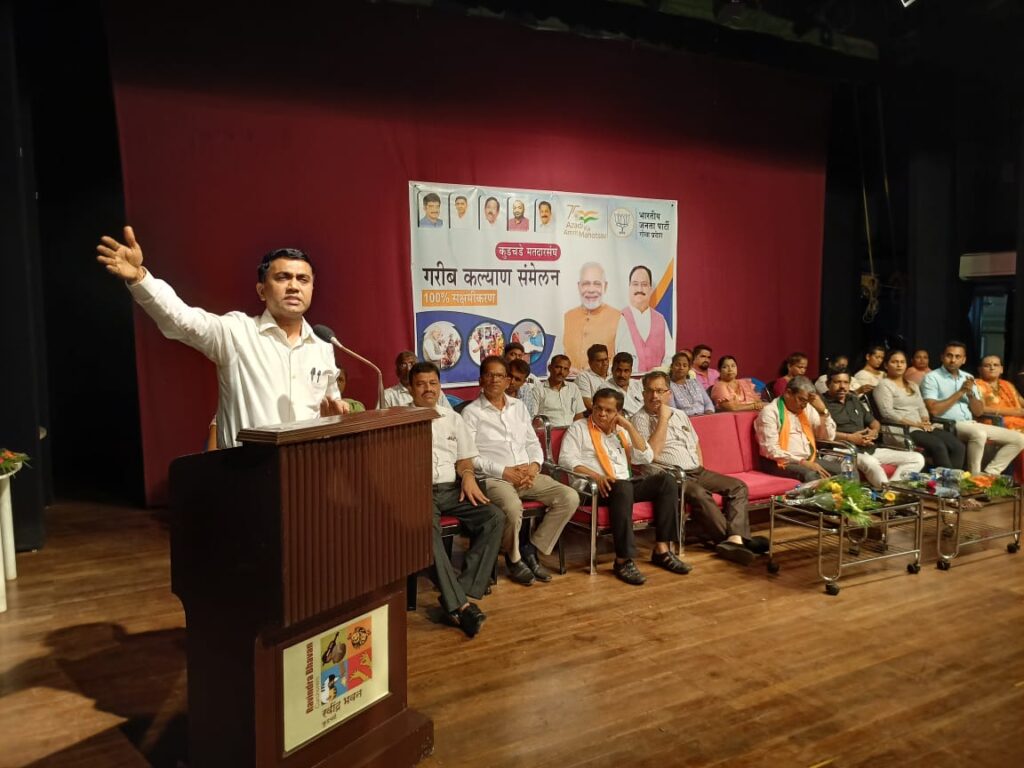 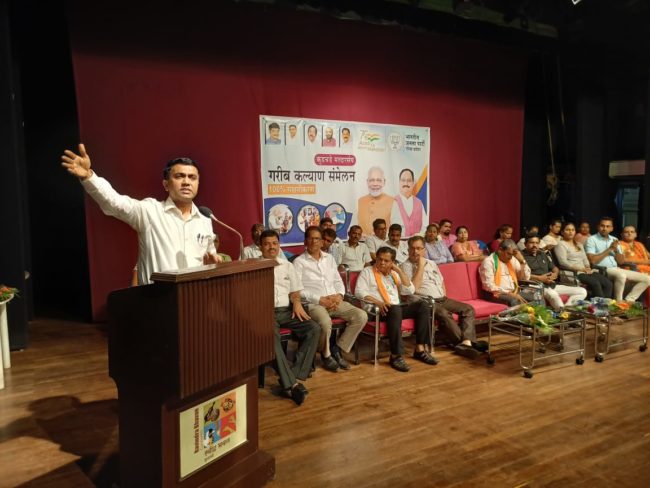 CURCHOREM: Several milestones were achieved during the tenure of PM Narendra Modi. Under the BJP government, there is uniformity in the country with one PM, one flag and one Constitution said Chief Minister Dr Pramod Sawant.
“Today, we are proud citizens of India because of Hon’ble Prime Minister Narendra Modi, in a landmark decision, repealed Article 370 and made Jammu and Kashmir an integral part of India,” he said.
Sawant, while addressing a Garib Kalyan Sammelan in the Curchorem constituency, said that the PM Modi had taken a historic step by amending the law of triple talak so that they could live a life of self-respect by repealing this law and also one of the historical moments for people after laying down the foundation stone for Ram mandir at Ayodhya.
Speaking further, Chief Minister Dr Pramod Sawant said that history has shown that under the leadership of Narendra Modi, the Bharatiya Janata Party (BJP) has succeeded in advancing the idea that where there are no two prime ministers, two symbols and two constitutions for the country, there will be only one prime minister, one flag and one constitution and India has succeeded in realizing this vision.
Jammu and Kashmir have become an integral part of India today by repealing Article 370, requiring two different administrations and two constitutions and two flags, but now only the tricolour flattering Jammu and Kashmir which brought sovereignty.
Nilesh Cabral, a local MLA and PWD Minister, said that the Modi government at the Center has led to development and expansion at the Center and in the states.
Cabral also said that it is because of Modi that our country has gained recognition abroad, and now our country’s name is taken respectively, which was not before, and all this has been possible due to the commitment towards the country by Narendra Modi as the Prime Minister of the country.
On this occasion, Chief Minister Pramod Sawant, accompanied by local Curchorem MLA Nilesh Cabral, Navelim MLA Ulhas Tuvekar, NRI Commissioner and former MP Narendra Sawaikar, BJP spokesperson Damu Naik, Curchorem Kakoda Municipality chairperson Vishwas Sawant, Xeldem Zilla Panchayat Panchayat Member Siddharth Desai, BJP Mahila Morcha president Jasmine Braganza, Bjp Mandal secretary Rajendra Vasta and also Curchorem Kakoda Municipal Council members, as well as Xeldem and Assolda panchayat Sarpanch and Panch members, were present on occasion.