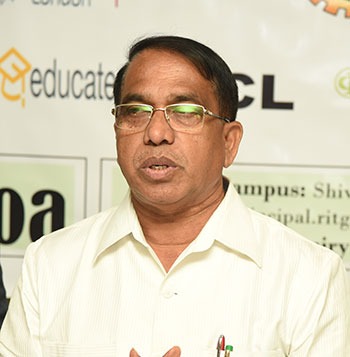 PANAJI: Minister for Provedoria Subhash Shirodkar has urged people to support the institution in whatever they can and to work together to ensure that more and more donations are received by this institution.

“The last donation received by this institute was in 1986, felt that people’s feelings toward humanity are gradually fading. The number of Provedoria Institutes has increased over a period of time due to societal apathy toward senior citizens, and that more of this type of Institute may be required in the future,” said Shirodkar

He further called upon the people to support the institution in whatever they can and to work together to ensure that more and more donations are received by this institution.

More than 350 years ago, a small group of people pooled their resources and established the provedoria institute, with the sole goal of serving the poor. The Institute’s name has changed several times over the years, and on August 7, the Institute was renamed Institute of Public Assistance (Provedoria), he pointed.

He said that this institute has consistently provided tremendous support and service to the helpless, elderly, infirm and needful and added this institute is solely supported by grants from the State Government.

“IPA should look into ways to generate income by making the best use of the parcels of lands  in their possession donated to them  by undertaking different developmental projects, he suggested.

Provedoria is celebrating their anniversary at a time when the entire country is celebrating Azadi Ka Amrit Mahotsav, which is an initiative of the Government of India to celebrate and commemorate 75 years of independence and the glorious history of it on August 15, 2022, he remarked.