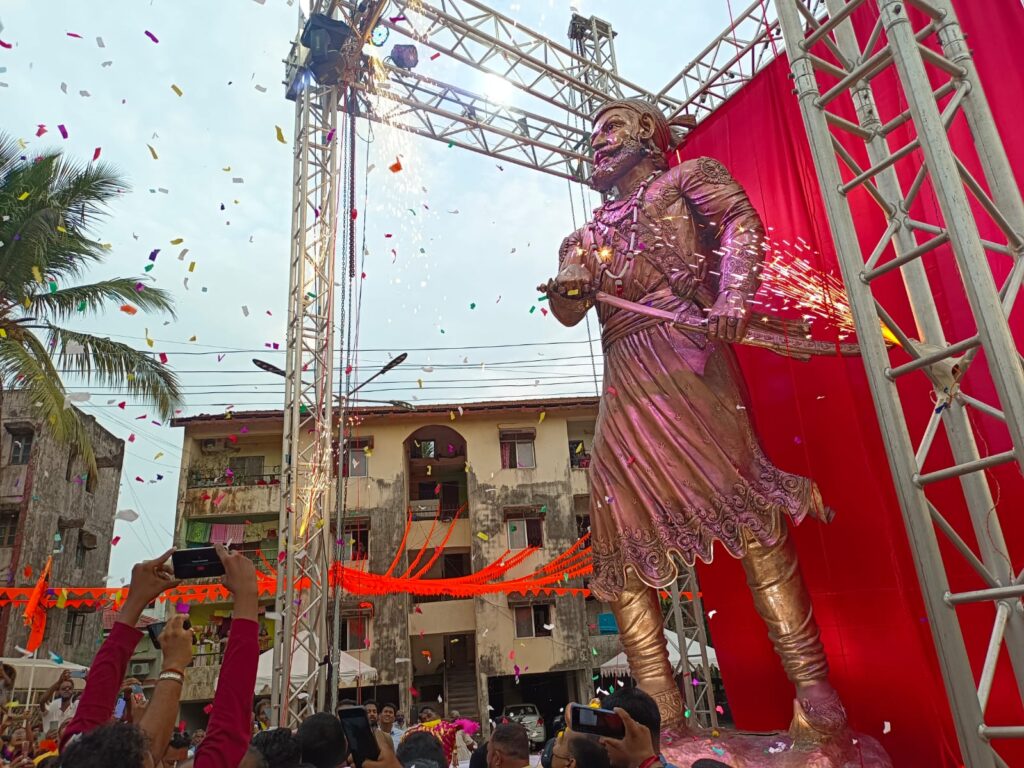 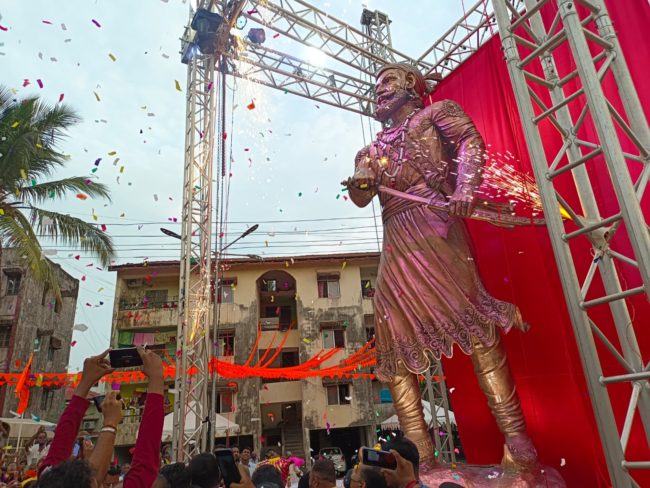 VASCO: Chatrapati Shivaji Maharaj’s history, ideology, and Kadamba kingdom related history will be included in the academic syllabus from next year.
Mormugao Fort and a historic tunnel from the Mormugao constituency will be restored shortly, assured Chief Minister Sawant.
The world’s tallest 23 feet statue of Chatrapati Shivaji Maharaj was unveiled at the hands of Vasco based Industrialist Narayan(Nana) Bandekar in the presence of Chief Minister Dr Pramod Sawant, Panchayat Minister Mauvin Godinho, Social Welfare Minister Subhash Faldesai and others near Chicalim Police Quarters on Monday.
Chief Minister Dr Pramod Sawant said that Chatrapati Shivaji’s ideology and biography will be taught to students in schools from the next academic year. Goa government walks in the footsteps of Shivaji’s administration and would deliver good governance to the people, said Sawant.
He further added that space of 970 sqmtrs taken by the Murgao Hindu Samaj would be developed through the Tourism department in the near future. Sawant said that the issue mentioned by the Mormugao MLA Sankalp Amonkar about the Old Mormugao Fort needs attention from the govt; Chief Minister assured to protect and develop this heritage structure which will be developed under Archeological Department.
Later, Mormugao MLA Sankalp Amonkar, Panchayat Minister Mauvin Godinho, and Industrialist Narayan (Nana) Bandekar also spoke on this occasion.