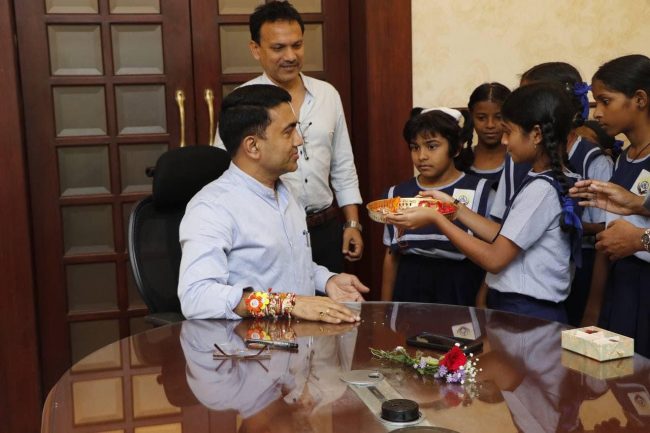 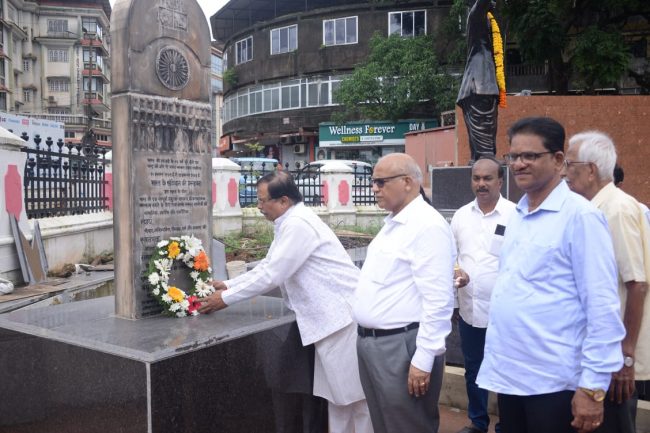 Goemakrponn desk
MARGAO: Union Minister of State for Tourism Shripad Naik today paid floral tributes and paid obeisance at Martyr’s Memorial and Ram Manohar Lohia statue at Madgaon in a programme organized by Ministry of Tourism on the occasion of ‘Amrit Mahotsav’ celebrations. Later at a programme organized at Madgaon railway station, the Minister hoisted the national flag and felicitated freedom fighters and family members of martyrs.
Speaking on the occasion, Shripad Naik said that the country salutes the freedom fighters who sacrificed their lives for the country. Ram Manohar Lohia lit the flame of Goa liberation and inspired Goans to get freedom, he recalled.
“The purpose of this program is to remember and honour the sacrifices of freedom fighters on the occasion of ‘Amrit Mahotsav’ so that the new generation can understand their sacrifices. India is now overcoming all obstacles and moving towards becoming a world leader in every field. To achieve global stature, the government led by Prime Minister Narendra Modi is working round the clock.” During the COVID-19 pandemic, the government took care that no one in the country remains without food, added Shri Naik.
The Minister told the gathering that as part of celebrations of ‘Amrit Mahotsava’, i.e., 75 glorious years of the nation’s independence, Prime Minister Narendra Modi has appealed to citizens to hoist the Tricolor in their houses. Shri Naik appealed to all citizens to participate in the Har Ghar Tiranga campaign.
Freedom fighters Shri Vaman Bhiku Prabhugaonkar, Shri Vishnu Angle, Shri Vasant Ramrao Naik, Smt Sushila Narayan Padiyar and Shri Gangadhar Lolayekar were felicitated at the hands of Union Minister Shri Naik.
Union Ministry of Tourism has organized such programs from 11-13 August at 400 places across the country at the places related to the freedom struggle and freedom fighters. The event was jointly organized by India Tourism, Konkan Railway, Goa Shipyard and Mormugao Port Authority at Madgaon Railway Station.