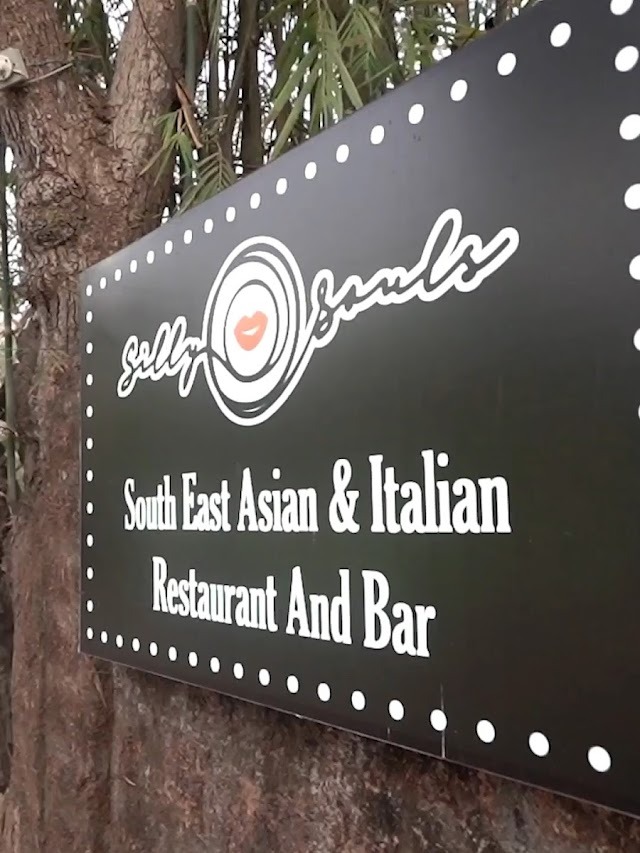 Goemkarponn desk
PANAJI: Goa Excise Commissioner Narayan Gad on Monday heard arguments over a complaint against a restaurant, which the Congress claimed was linked to Union minister Smriti Irani’s daughter.
After the hearing, the family of late Anthony DGama claimed they have “absolutely no connection” with Eightall Foods and Beverages LLP Goa, which is allegedly connected to Irani’s family.
Social activist Aires Rodrigues had filed a complaint on June 29, alleging that the excise office in Mapusa illegally renewed the restaurant’s excise licence in the name of a deceased person- Anthony DGama.
The complaint stated that DGama died on May 17, 2021, and cited a death certificate issued by the Brihanmumbai Municipal Corporation.
Gad who had issued a notice to the ‘Silly Souls Caf and Bar’ located at Assagao in North Goa. Irani had filed a civil defamation suit against three Congress leaders for linking her daughter’s name to the restaurant.
The Delhi High Court had observed that Irani and her daughter are neither owners of the restaurant in Goa nor have they ever applied for the licence for food and beverages at the eatery, as alleged
During the first hearing of the complaint held on July 29, the excise commissioner framed two issues for determination- whether the excise licence was obtained by Anthony DGama by submitting false, inadequate documents and by misrepresenting facts and whether there were procedural irregularities by excise officials.
The DGama family was directed to file their response in this regard.
The excise commissioner on Monday heard the arguments by the DGama family’s lawyer Beny Nazareth and Rodrigues and posted the matter for September 12.
Rodrigues has been asked to file his reply on or before the next hearing.
Nazareth told reporters after the hearing that the DGama family has “absolutely no connection” with Eightall Foods and Beverages LLP Goa, which is allegedly connected to Irani’s family.
When pointed out that the company shares address with Silly Souls Caf and Bar, Nazareth said, You will have to ask this question to Eightall Foods and Beverages LLP.
The lawyer said Monday’s proceedings were scheduled to file reply on the points of determination that were framed by the excise commissioner during the last hearing.
Nazareth said on behalf of the DGama family, he has filed a detailed reply before the excise commissioner.
During the course of the hearing, the complainant vehemently pressed for suspension of the excise licence, but the authority was not impressed by such a request, he said.
Rodrigues told reporters that the excise commissioner has continued the hearing on his complaint.
Noting the contention made in the last hearing by DGama family that wife of the deceased can inherit the licence of her husband as per Portuguese law, Rodrigues said such a possibility does not exist.
I made it clear to the authority that the point of Portuguese law being relied upon by the family of late Anthony DGama is outrageous. The excise licence cannot be part of inheritance, he said.
It is very personal to a person and institution and it is not transferable, he added.
Rodrigues also said he will raise this point during his reply before the excise commissioner.
The complainant further said he sought an early date for hearing on Monday, because the licence was in the name of a dead person for over a year now, which was not permissible.
According to the complainant, though Excise rules allow a bar licence to be issued only to a restaurant having a licence, the Excise department on February 18, 2021 issued the licence without the required restaurant license being in place in contravention of norms.
The complainant had stated that the licence was issued in the name of Anthony DGama despite he being a resident of Mumbai and the Aadhaar card was issued only on December 30, 2020, days before the application for the excise licence was filed.
The activist had also alleged that the mandatory police verification was not done.
Nazareth had earlier cited provisions in the Portuguese Civil Code, which he said mandated that when a spouse dies, his or her powers – in this case the liquor license –get transferred automatically to the partner.
During the first hearing in the case, the family members of DGama had told authorities that it is entirely their business and no other person is involved in it.