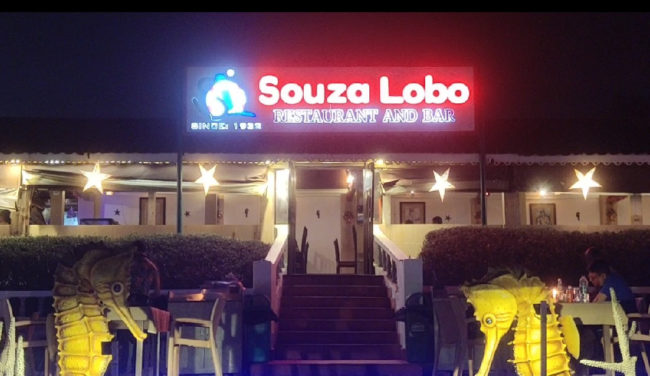 CALANGUTE: In a shocking incident, a rival businessman along with 80 others attacked the famouss Souza Lobo restaurant in Calangute.

According to police, the 80 people attacked the management and staff of the restaureats with iron rods, glass bottles and knives in which several were injured while 3 persons were critically hurt and shifted to the nearby Dukle hospital in Calangute.

The clash also led to one person to be in coma and battling for survival. As soon as the new broke in Calangute PI Nelson Raposo rushed to the spot along with this team and sealed of the area to conduct further investigations.

Sources also told the police team that the one of the attackers even fired gunshots in the area to create a sense of threat to the staff. Also some of the restaurant property was also damaged in the clash.

Police sources said that history-sheeter and ex-Navy personnel Ravikant Yadav was involved in the incident and responsible for the clash.

This is not the first time that that the famous restaurant has been attacked, there have been two other such incidents in the past, one in November 2020 and other in March 2021.

Meanwhile, Calangute Police said that attack is reportedly orchestrated by businessman over business rivalry. “We are investigating the matter and are searching for attackers,” sources from police said

Goemkarponn desk CANACONA: The famous nursery rhyme London Bridge is falling down has been transformed by Agonda locals and one can hear some saying "Agonda's ... Read More

NEP gets rolling in school education

Goemkarponn Desk PANAJI: As a step towards implementation of National Education Policy 2020, the State government today announced that the age of admission for first ... Read More