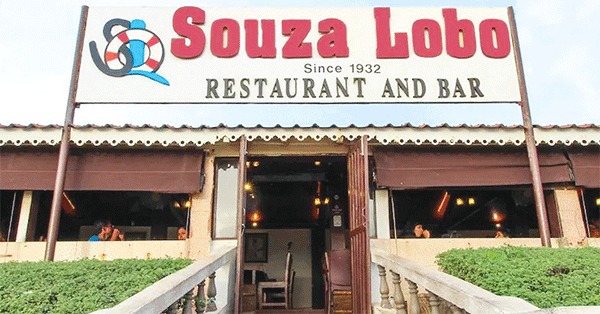 The restaurant owner said that officials visit their site without any official order claiming that structure is illegal or in violation of CRZ norms.

The owner alleged that GCZMA has threatened them to demolish certain part of the structure citing violation of CRZ.

The owner claimed that their structure has been existing since 1932 when the CRZ rules were not in force. They even charged that the action of gczma is under political pressure

“Today the GCZMA comes here with an unoffical order to demolish the restaurent which was started in 1932 and founded by my great grandfather. Someone from that position comes and challenges our authencity is astonoshing. I am heart broken and my family is in danger,” said Owner Juana Souza Lobo

She further alleged that the authorities want to buy them out and they keep on coming to the restaurent with an unofficial order.

Earlier, the GCZMA issued directions to demolish illegal constructions of the metal stage on the beach of approximately 80 sq meters illegally erected laterite masonry compound wall height.9 meters and length of nine meters, constructed along the eastern boundary of the plot, illegally placed stone pavers as a pathway on the beach in NDZ area in the property bearing Survey No 176/17 of Calangute Village.

The GCZMA says it had received a complaint from one Mrs Rama Rani Arora, resident of East Delhi, with respect to the illegal construction with regards to the metal stage on the beach and beach wall, illegally placed stone pavers in the above-said property carried out by Jude Lobo and his wife L Lobo, residents of Calangute Bardez Goa.