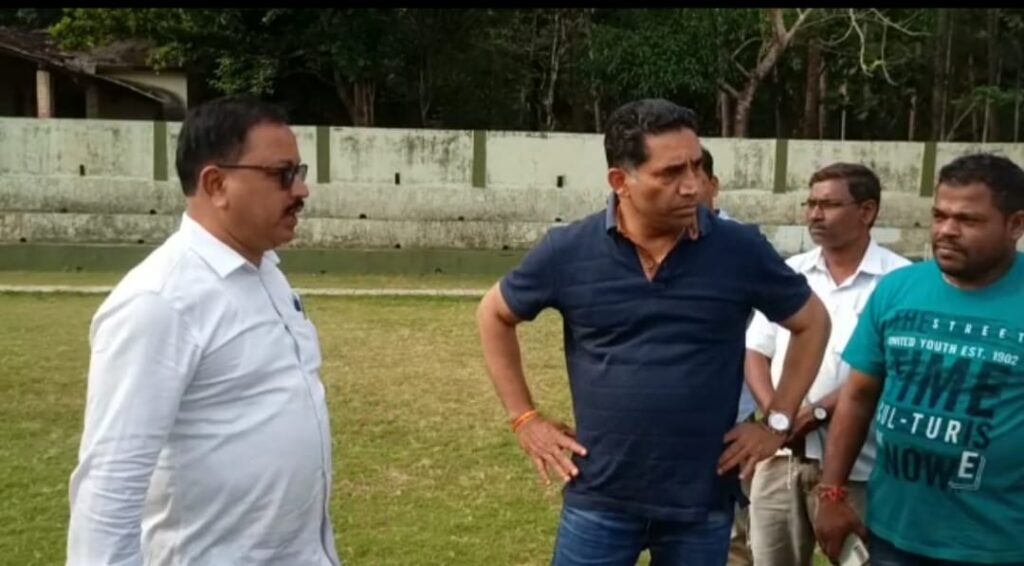 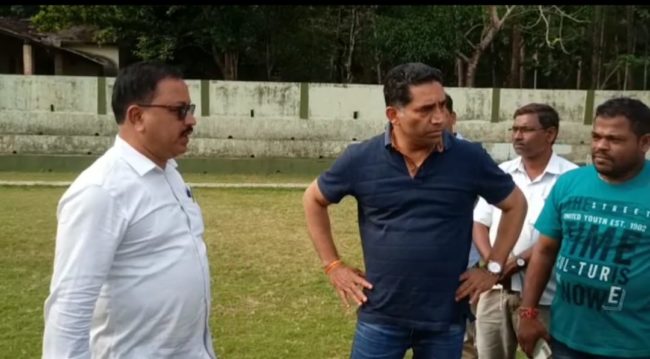 SANGUEM: Sports Minister Govind Gaude inspected the sports grounds at Malkarnem and Sanguem town on Tuesday in the presence of Minister for Social Welfare Subhash Faldesai.
During the inspection, Minister Gaude said that he would provide other facilities along with the newly constructed sports ground at Malkarne.
MLA Subhash Phaldesai had invited Minister Govind Gawde to inspect the grounds as people had expressed displeasure over the non-availability of the grounds.
Gaude said a state-of-the-art gym would be set up at Sanguem as the ground and indoor badminton court and gym equipment at the Sanguem Gymkhana are very old.
He further said that a swimming pool would also be constructed, and all the necessary facilities would be provided in the entire state to give a chance to the budding sportspersons in the rural areas to play at the national level.
Gaude further said that the sports sector, which has been in pathetic condition in the state for the last several years, would now try to overcome it.
Faldesai thanked Minister for his willingness to build a new gym given the stormy condition of the sports ground at Sanguem and the deplorable condition of the indoor stadium.
With the construction of a swimming pool for Sanguem water sports lovers, there will be an opportunity for young sports lovers in the Sanguem area to shine nationally and internationally, said Phaladesai during an inspection of Malkarnem ground at Sanguem.
Sanguem MLA and Social Welfare Minister Subhash Phaldesai, Zilla Panchayat Member Suresh Kepekar, Mayor Keroz Cruz, Sarpanch Rajshri Gavkar, Panch Member Rajni Gavkar, Sandeep Malkarnekar and other dignitaries were present on occasion.